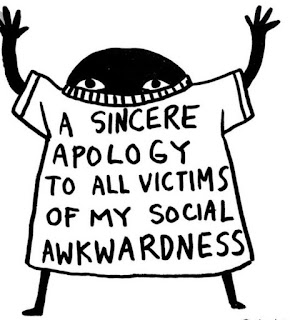 One thing I've struggled with is finding people to game with and that's why over the last several years I've been moving more towards playing rules/games that have a solo option. But also, truth be told I'm a bit of a socially awkward person. 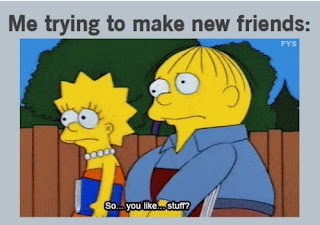 And I really don't do well in speaking situations. For example, I can't tell you how many times I will be out at a restaurant and the server brings my food and says "enjoy your meal" and I'll say "you too". Winning. 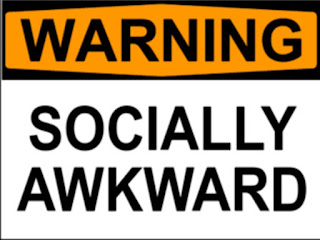 I sometimes have a hard time trying to keep conversations too - I stumble on words and find it hard remember simple words, and a lot of that is because of the many concussions I've had over the years from sports. So I'll always be the one not talking. It's extremely frustrating but I always have to preface that when I meet new people 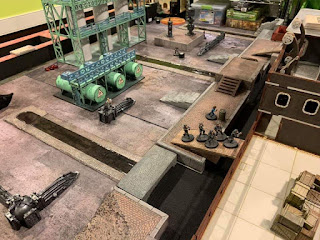 Flash forward to present day and I was seeing just some incredible work being put up on social media by a guy named Fenton Crackshell (aka Beau). He had posted about doing some 7TV games (he's really active on the Facebook page for the game and does some absolutely brilliant stuff in that pulpy/spy-fi genre that I just love) in the past at a comic book/game store that I had been to before. Immediately I start thinking "if he's gaming there he's got to be relatively close to me", maybe this is a great opportunity to meet up with like-minded gamers despite all my social anxiety as explained above. 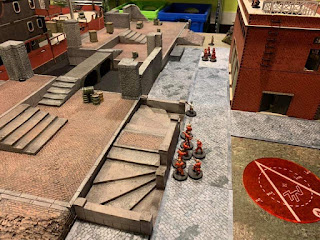 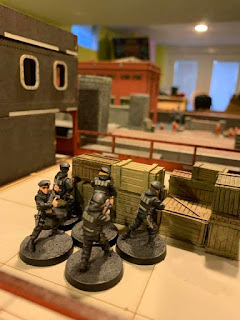 We got in contact with each other and set a meet up to play some 7TV at his home. It's a bit mad to think back on it on now, but essentially it was what it must feel like for anyone who's ever been on a blind date before - we didn't know each other from a hole in the wall and we both could have been complete maniacs or serial killers. Though the odds of two serial killers being in the same basement is probably pretty high, no? 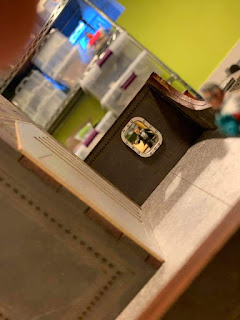 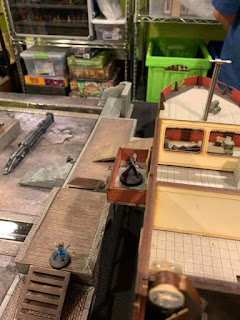 The best analogy that I can possibly give you to walking down into Beau's jaw dropping gaming basement is that it felt exactly like when the kids first entered the chocolate room in the movie 'Willie Wonka and the Chocolate Factory'. I was in complete awe and wonderment of what I was seeing - there were games, comic books, probably 1000's of miniatures, terrain, old school cabinet style video games, graphic novels, a ski ball machine, a massive gaming table, pop culture stuff, and all of it was everywhere and as far as the eye could see - honestly it was like what it would have been if 14 year old me could have bought everything I ever wanted all in one place, it was total sensory overload for a geek like myself! And if it wasn't for the fact that it was the very first time being at his home and meeting him I totally would have been snapping photos on my phone left and right lol! 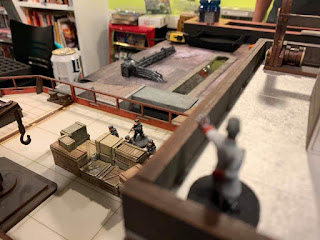 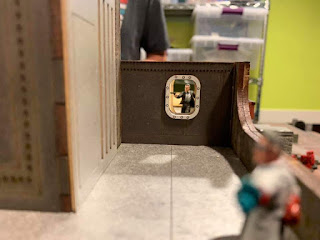 After I finished gawking at everything we got right into the game following a quick refresh of the rules, as I hadn't played 7TV in well over a year. Beau took on the role of GM and a friend of his, Bob, ran the opposing league. All the photos above and below that you see of the game are all compliments of Beau's iPhone. 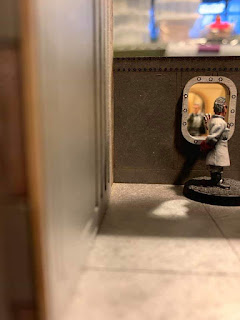 You've heard me joke in the past about how awful my luck is when I roll dice for games, well if Beau and Bob were here to comment they would verify that very fact. It was unreal how badly I was rolling, it was absolutely incredible! 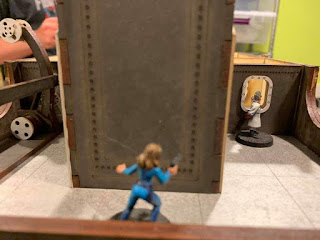 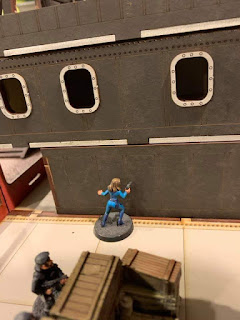 Unfortunately it's been almost three months since we played this game so I can't remember a lot of the details of it, but I did use some of the cool gadget cards to get my agent (above) into the ship - I think it might have been the suction cups that allowed me to scale the side of the ship here. 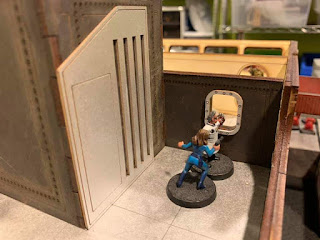 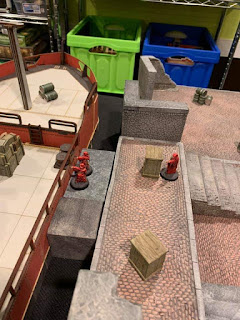 A lot of the terrain and scenery, like the brick work above, was all done by Beau's other friend Chris. Just some amazing scratch built terrain and the photos don't do it justice! 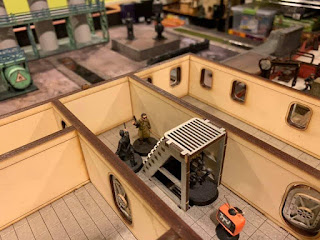 What can really be interesting for a possibility in the future is that he has a You Tube channel - he did a six part series on the MV Australis build, which is the massive ship from Black Site Studios that you see in all the photos - so maybe video battle reports are something we could try in the future. Then the whole world can actually see how badly I roll dice! 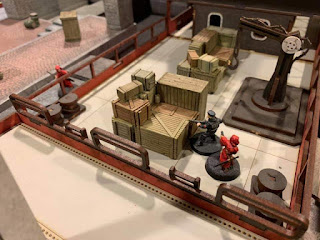 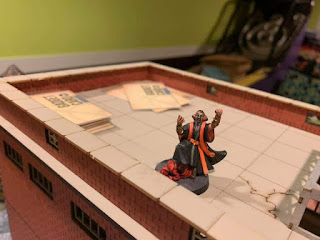 The one thing that also blew me away was Beau's incredible painting. All these photos don't even come close to showing how amazing the brushwork on these models were - I really wish I'd taken some close-up photos, but hopefully I can do that next time. 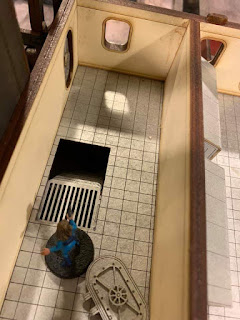 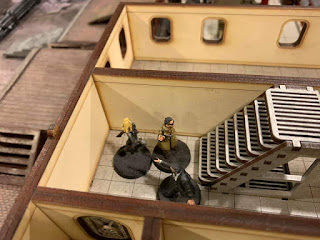 Despite my horrific dice rolling I somehow managed to get two of my agents into the same room with the MacGuffin for a checkmate sort of play and actually won the game! It was great fun and just an absolutely incredible table to game on!

Again, a big thanks to Beau for welcoming me into his home, and to Bob as well for playing. I know he's interested in giving Pulp Alley a go, so that's on my list to get something made up for him and the other guys to possibly try. Here's to hopefully getting together on a more regular basis to roll some dice or heck, maybe even making it a small impromptu club, meeting every other week or two each month.

Email ThisBlogThis!Share to TwitterShare to FacebookShare to Pinterest
Labels: 7TV