I made a lot of headway in my Bolt Action "to be built" box. In the past week I've built a Panzer IV ausf H, a Panther ausf A, a Tiger I, an Opel Blitz, a Hanomag sd.kfz 251, my kubelwagon, another Willy's jeep, and a German staff car matchbox car I'm probably going to use as an objective marker. In fact, I've built everything I have except for my plastic US Rangers box! 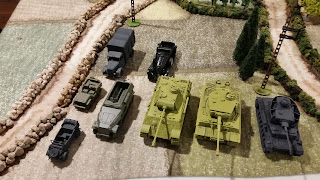 Obviously lots of work to go with detailing, but the most important thing is that they can all get on the table now! 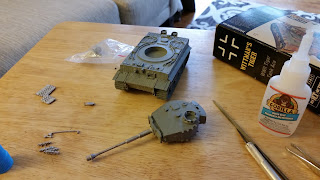 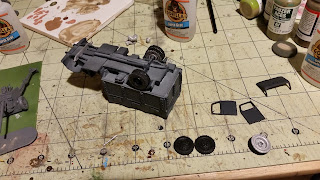 I also finished my Lt. Winters figure,  as well as my ammo man for my machine gun team. In addition to that, I got my entire 82nd Airborne army based. So the only thing that I need to complete in regards to my Airborne army is my 57mm AT gun; paint the 3 crew and gun, and then base. So I'm pretty happy! 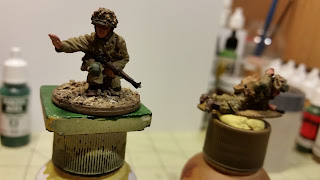 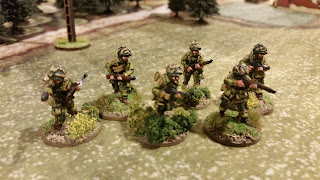 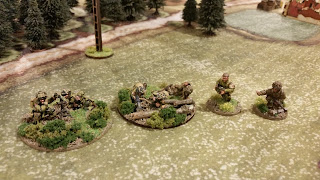 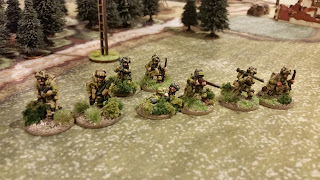 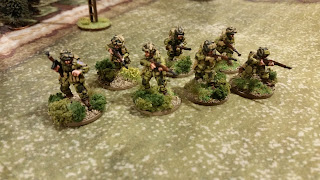 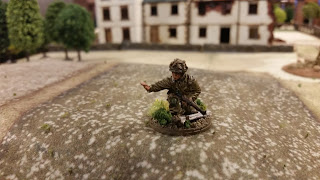 I also  started to work on some detailed customization of my 4Ground buildings as well. I began with the 3 story detached building by using the roof tiles from 4Ground. Makes a big difference in my opinion. 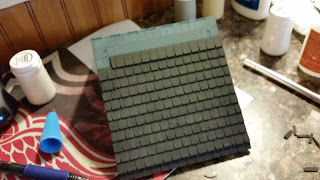 I also started to make some signs for the building. I cleaned up all the burn marks from the laser cutting process and painted areas that got exposed after gluing walls together. Another thing that I feel greatly improves the look of the buildings. I've been playing around a bit with possibly putting shutters on the windows too. 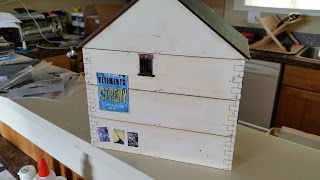 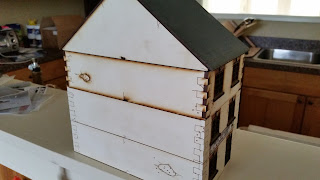 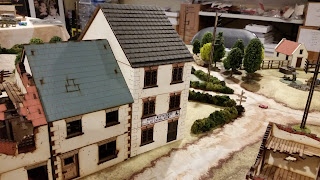 I also started to play around with some sidewalks that will be modular as I'm really on the fence on whether or not I want to put my buildings on mdf like my Old West buildings are. It doesn't make sense to mount only one building, so I was thinking about possibly doing a row of 3 or so buildings; almost like a small diorama. I'll need to get out to the shop to use the big boy saw and cut some mdf, so we'll see how that turns out... 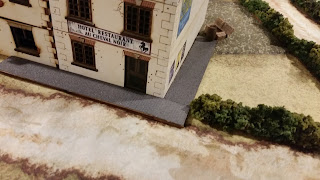 Jakob and I played another game of Bolt Action a few days ago - Point Defence. Jakob played the Germans again, and me my 82nd Airborne. He defended and it was fun to be able to try out a preparatory bombardment! He held his objectives well and easily won the first 4 turns; it wasn't until turn 5 that things started to finally push the other way. I had yet to control an objective, though was really close to two of them at the end of turn 6; the third was really untouchable as he had his machine gun team positioned on it. We rolled to see if we got to play one more turn and we did! Because of that extra turn I was able to secure one objective on his right flank, which had collapsed on turns 5 and 6. So, two games in the books and it's one victory for Jakob and I managed to squeak out a draw in our second game. Apologies I don't have any photos of that game, it was just one of those things were we playing and didn't think about documenting.
My Battleground Europe book came a few days ago and I'm looking forward to reading that to get some more airborne scenarios set up here in the future.
As always, thanks for looking!

Posted by Ivor Evans at 6:32 PM No comments: