More Walkers? Sure, Why Not 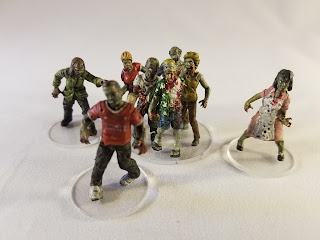 To say things have been busy at the farm since everyone returned in April would be a tremendous understatement.  These figures have been done for over two weeks, but I can't even find the time or the energy to write a few simple lines about them. Extremely frustrating. And save for a few boards games Jakob and I played while he was home on spring break, I've yet to even have a proper game with any of the miniatures this year. Even more frustrating. 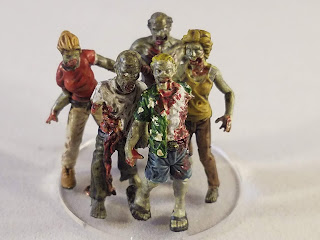 Anyway, enough of me doing my best Eeyore imitation. I did manage to put together some more Walkers and another horde for TWD. I like my tropical flowers shirt guy leading the pack best :). 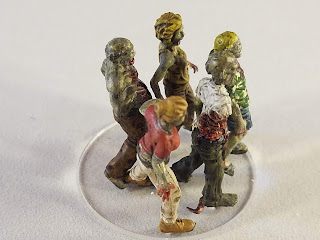 I'm really liking the look of the horde bases and definitely will continue to make more. 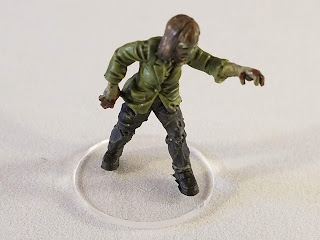 The "C'mon, let me help you with that" Walker. 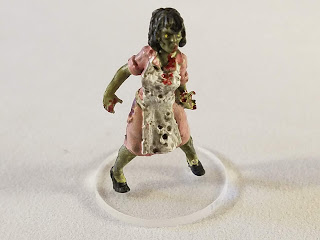 And another waitress for the 'ol diner. 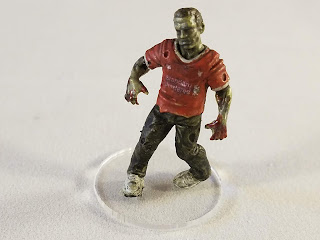 I couldn't resist attempting a Walker wearing a Liverpool jersey after the Champions League final debacle, so I made myself (except this version has some hair like my younger days!) wearing my Mo Salah shirt after I took a warm bath with the toaster when he went off injured :) 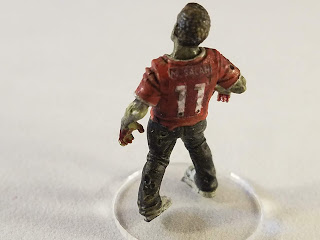 I did the logo and name/number using the trick with the photo transfer Modge Podge. I mucked up the left side of the back by not wiping the paper off completely so you can kind of see that hard line from the image. It's only the second time I've tried it on a figure so I'm still learning. 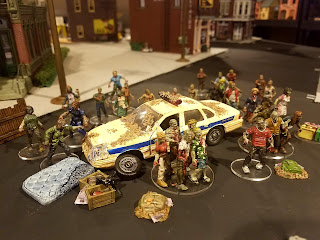 And here is a shot of all 32, on the still WIP urban board. I had some Kickstarter items show up mid-week, so hopefully can get a post up about them soon-ish.

Until next time, thanks for looking!
Ivor
Posted by Ivor Evans at 6:11 PM 16 comments:

Email ThisBlogThis!Share to TwitterShare to FacebookShare to Pinterest
Labels: The Walking Dead

Out Of The Night, When The Full Moon Is Bright...

Comes the horseman known as Zorro! 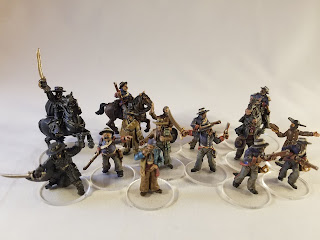 Disney's Zorro television show from the late 50's starring Guy Williams is an absolute favorite of mine. When I came across these brilliant figures from Boot Hill Miniatures (Malamute on the LAF) I had to pick them up. When attending and running a few games at this years Historicon event was still in the cards, a Zorro game was right at the top of my possible choices to do. 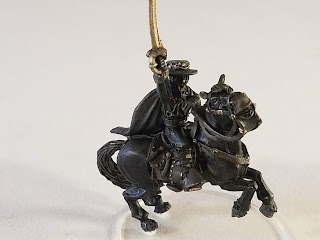 I had an initial idea of doing all the figures and terrain in grays to give the illusion of the black and white television show. 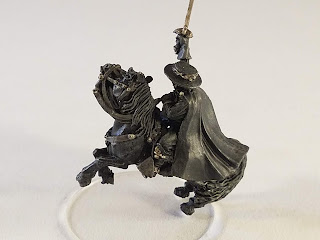 I went back and forth on that idea for quite a while, but didn't want to pigeon hole the figures and buildings into one game - especially when I know that the buildings can be used in several other genres/games. 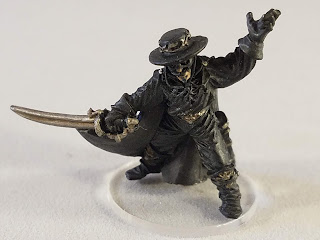 This is such a great pose and really reminds me more of the Anthony Hopkins version of Zorro from the movie The Mask Of Zorro than Guy Williams. 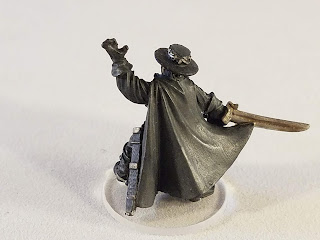 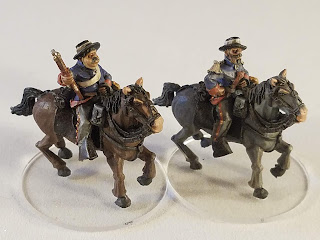 Next up are the mounted versions of Capitan Monastario and Sgt. Garcia. 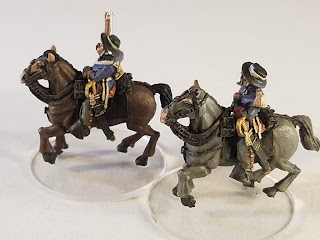 Again, some really nice details on the Capitan's jacket as well as the swords. 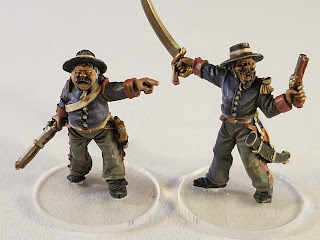 And the dismounted versions - Sgt. Garcia's pot belly is a perfect likeness! 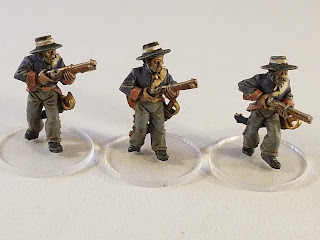 A couple of guards. 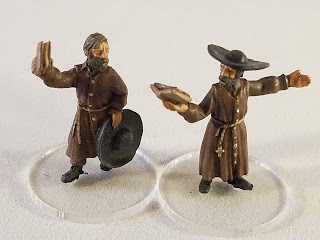 You can't have a Zorro scenario without some helpful priests - these two are actually from Warlord Games. 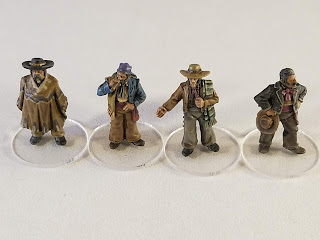 These four peons are probably my favorites ofthe whole lot. I need to pick up the rest of the line too, the female civilians and the mariachi band - soon :) 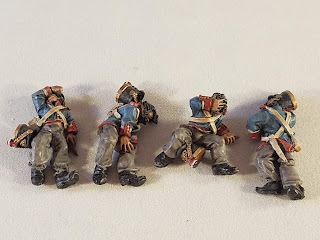 I also grabbed a few casualty figures, even though they are actually Mexican Army figures - the hats don't match the other figures. 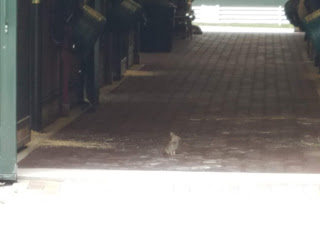 And a non-hobby photo - we've been overrun by baby rabbits around the farm this year. I  caught this little guy checking out the inside of the barn the other day when I was taking the horses out :)

More walkers from TWD All Out War on deck next, with my first ever attempt at a custom Ivor figure after I took a bath with a toaster following Liverpool's Champions League final debacle lol!

Until next time, thanks for looking!
Ivor
Posted by Ivor Evans at 10:03 AM 14 comments: