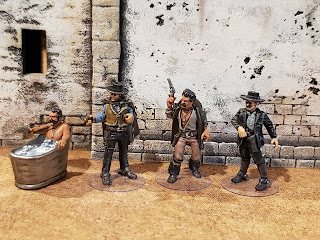 The latest batch of finished figures are from my Knuckleduster KS for Gunfighters Ball (lots more to come), and represent the main characters from the movie The Good, The Bad, and The Ugly. 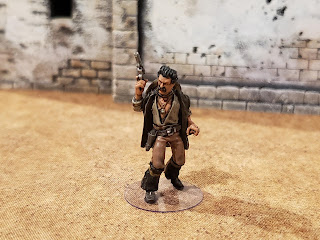 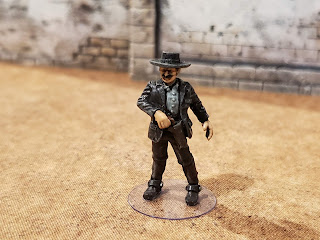 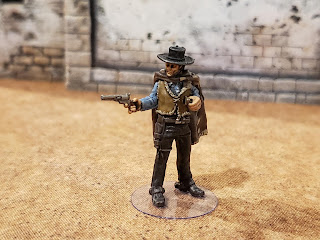 The Good - Blondie (aka The Man With No Name) 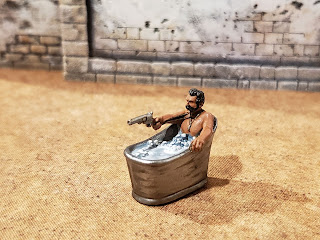 How cool is this model of Tuco in the bath?! "When you have to shoot, shoot. Don't talk!" 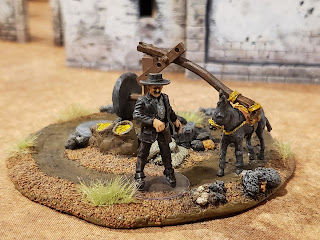 I threw Angel Eyes on this old Architects of War model - sort of representative of the beginning of the film. 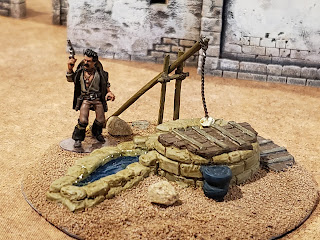 Here is another excellent little AoW piece too. 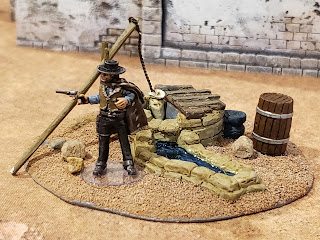 It's a real shame that they ended up going out of business, as they really had a lot of nice little diorama pieces like these.

Appreciate you taking the time to give the blog a read, until next time!
Ivor
Posted by Ivor Evans at 2:41 PM 22 comments: 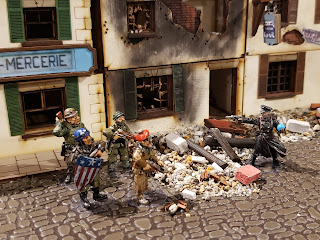 I backed Sally 4th's Classic Movie Miniatures Episode 2 Kickstarter last July. These are always interesting KS for me because Chris at Sally 4th keeps making figures from some of my favorite movies of all time - The Maltese Falcon and Casablanca for example. Plus backing this KS also allowed me to grab some of his excellent museum and bazaar terrain pieces, more on that in a future post. 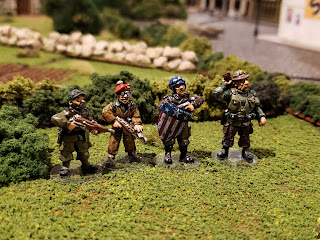 What was really neat about this particular KS was that the backers were able to vote on an extra pack of figures and whichever one won the popular vote they would be sculpted and added into the rewards. 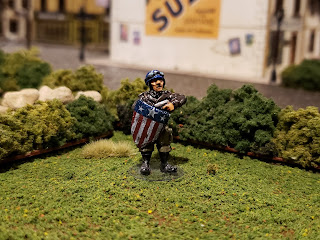 Well, I immediately thought back to my old Agent Carter Historicon game, where I wanted the scenario to be set in late war Europe with the Howling Commandos (and The Star Spangled man with the plan, above, if things went south for the good guys 😃). At the time I was unable to find any proxies to work for the Howling Commandos so I had to change my original idea a bit and use post war SSR agents instead, which was a huge disappointment. 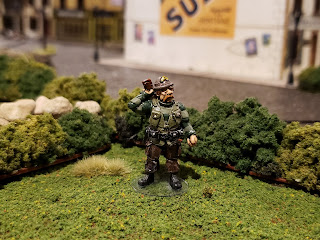 Fast forward a year and incredibly my suggestion for the Howling Commandos won the overall vote and I now finally have a Dum Dum Dugan miniature, which I couldn't be happier about! 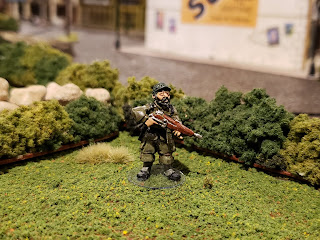 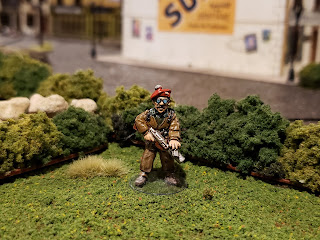 And Pinky Pinkerton. Chris had said that Mark, Tin Shed Gamer on LAF who sculpted these guys, was going to work on completing the rest of the group so hopefully that is still in the works so I can get a Bucky figure, wink wink, nudge nudge 🤣 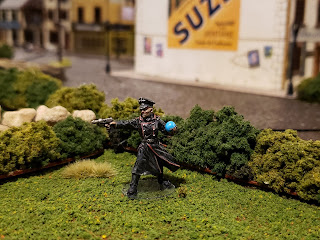 I can't remember if I posted a photo of this "not" Johann Schmidt before, but it seemed appropriate since I had the Howling Commandos finally finished. A fantastic model from Warlord Games. 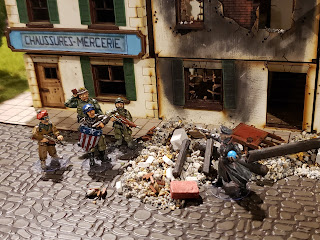 Sally 4th have another classic movie Kickstarter launching this weekend and it looks like another corker! It has an Arctic/winter theme with the movie The Thing (both the original and 80's version) and some really brilliant Bond figures straight from the beginning of The Spy Who Loved Me topping the bill. Absolutely can't wait for this one!

I would also like to welcome new followers Michael Awdry, Carl Packham, and Tales from Shed HQ. Really appreciate you guys hitting the follow button 😃