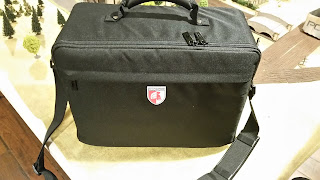 One thing that became abundantly clear at Historicon was that I needed a better way to transport my figures. I had been using plastic storage containers, lined with magnetic sheets - all of my figures (except for the new Pulp era ones based on the clear plastic Litko bases anyway) have washer bases that work well with magnets - the problem was the sheets were never powerful enough to keep the figures stable, so when the container moved, so did every figure. 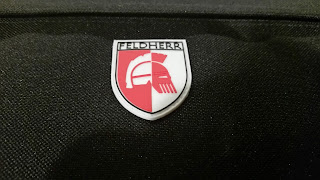 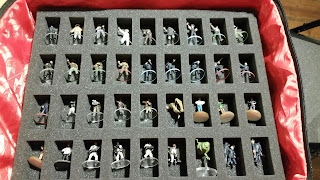 After setting up the test run of TCW on Wednesday and seeing all my figures toppled over, I made my decision to buy one of the foam carrying cases I've seen every year at Historicon on Thursday morning when the vendor hall opened. And you know what, for the first time, no foam carrying case vendor!!?? 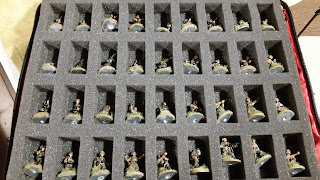 Maybe it's better that that turned out that way because when I got home I started to search for foam cases and I stumbled upon Feldherr Cases. These cases are made in Germany so I knew right off the bat that they would be a high quality item. I continued to research them some more and found a YouTube video with a review of them. I was sold after that, so I decided to look at Ebay first - low and behold I struck gold and found a 180 figure carrying case for just $63.00 with free shipping!! It arrived in no time at all (and easily had to cost the guy $20.00 or more to ship it because it is pretty big), and I immediately started to put figures into it. It came with 5 separate trays, each holding 36 standard size figures. 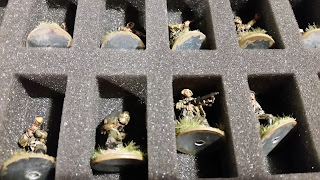 It has a shoulder strap, as well as a side pocket that you could fit a rules book or army book into. Nothing very big though, and definitely can't see more than two books fitting - depending on whether or not they were hardback too. 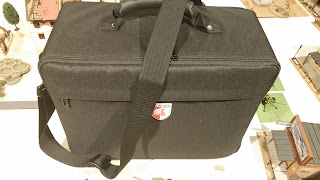 The bottom has these plastic feet attached to keep the case directly off the ground too, which is a nice addition. 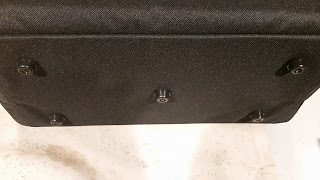 I continued to look on Ebay every couple of days, but I knew I wasn't going to find a steal like that again, so I decided to look around Amazon and see if anything came up there. Sure enough, the cases were there as well! They had the identical case I'd found on Ebay for only $6.00 more than what I paid, but then I saw that they had 180 figure boxes - 4 foam trays inside a cardboard shell - for only $36.00. I knew I'd really only need 1 true "carrying case", as I'd never be bringing more than 180 single figures to a skirmish game (I'll keep the plastic containers for the ACW and AWI figures based at 2 or 4 per stand). At $36.00 I decided to get two. That means I now have the ability to store 540 individually based figures between the three - now the question is will that cover all my figures (Pulp, Bolt Action, Old West, Batman, LOTR, Pirates, and etc. etc. etc. that I'm forgetting) ? Well, at first I felt pretty confident it would - but after filling up two cases rather quickly, now not so much! Looks like I'll need to grab some more boxes :) 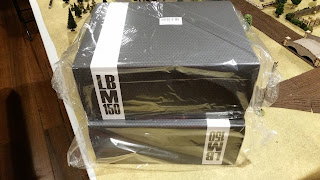 The box case foam holds 45 figures per tray.  I see no issues if I need to swap trays out to the carrying case if needed. It also comes with a handle you assemble into the top of the cardboard box, for easier transport. 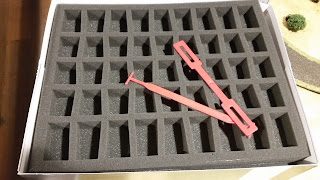 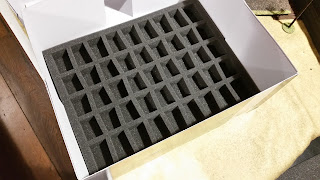 Final verdict - super happy I now have foam cases to protect my figures and couldn't be more pleased with both the quality and cost of the Feldherr Cases. Highly recommended!

As always,
Thanks for looking!

*but...and there always has to be a but - because I'm OCD I now have to paint the bottoms of the washers on all the figures!!!! Now do I paint them black or brown...grrrrrrrrrrr*