The Annual Horse Trip Down South

Apologies right off the bat, as there really isn't any hobby stuff (except for something neat I saw in the Augusta Airport while flying back home Wednesday) in this post, but I get so many family members and friends asking about the yearly trips down to Aiken I thought it would be easier to just write a post about it with some photos, and then direct them here. 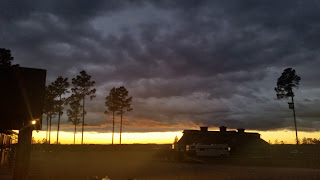 But this post also signals my 10 to 12 week focus on nothing but hobby stuff (in between my feed business - pick-ups and deliveries) because with the horses gone and winter in full 'Ice Station Zebra' mode, there isn't a whole lot going on at the farm now.

We left at 6am on Monday morning and arrived in Aiken, South Carolina at Stable View Farms at about 5:30pm. It rained almost the entire trip down. It was only when we reached South Carolina that the rain finally stopped. 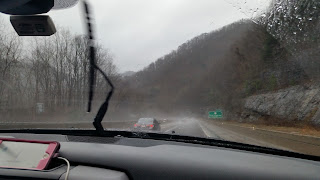 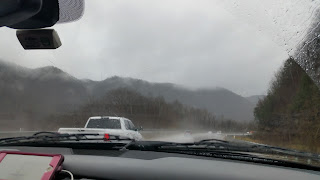 This time we only took equipment and supplies down in our trailer, we normally have at least our two horses if not more, and it was packed tight. The first 8 horses, including our two ( the other 6 and the 10 more are shipping out next week are both Therese's client and customer horses) were about an hour and a half behind us in a separate trailer - this gave us time to get in first and prep the barn and stalls upon their arrival. The sun was just going down when we pulled in and the farm looked amazing. Horses all arrived safely around 8pm and we had everything unloaded and set for the night by 10pm. 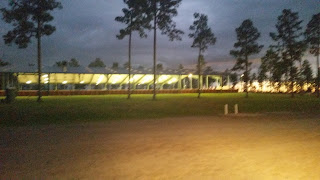 Tuesday morning we arrived early to Stable View - the cottage my wife has rented out is about 20 minutes away. Stable View is an absolutely amazing place, and Therese is going to be riding and training with members of our US Olympic team, so that's pretty neat. 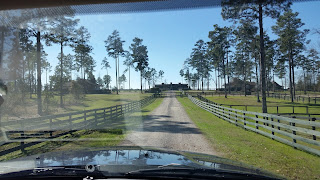 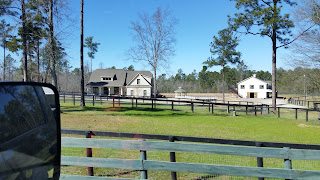 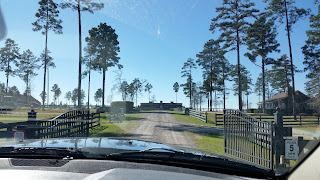 Here's the barn she has rented, and the areas right around it. 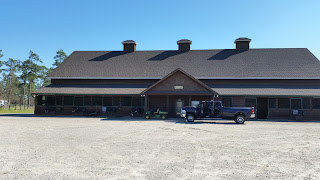 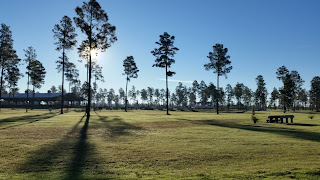 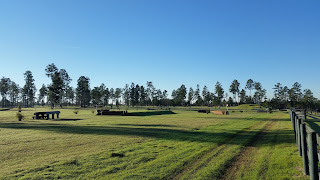 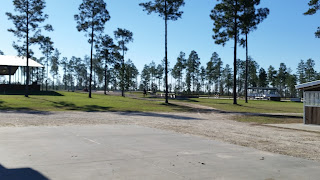 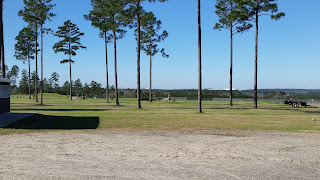 All of our turnouts for the horses are right in front and right beside the barn, so there isn't a long walk to get them out or back in. 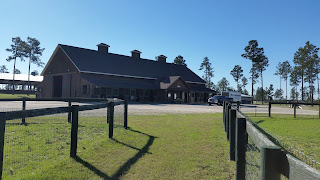 All the horses were super excited to get outside into the sun and not have the paddocks be full of mud or snow! It actually got so hot early in the afternoon that we had to take everyone's sheets off - here are our two guys, Captain and Skyfall. Both are Irish sport horses.

And here is my friend Jack. He and I spent every single day together for at least two, up to four, hours since early October. This was the first time since then that he got to go out all by himself without me by his side. Needless to say, he was a happy chappy to be on his own again! 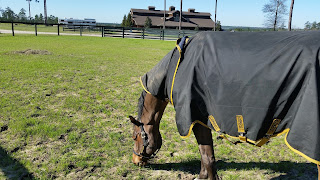 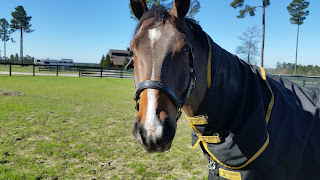 Our little Boston always makes the trip down and stays with Therese - she decided she'd had enough fun for the day and jumped up onto one of the chairs to take a nap. 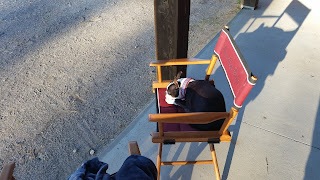 Here's a quick photo of Boyd Martin on his way to the dressage arena. Boyd is one of Therese's coaches and is actually ranked #4 rider in the world right now. About 6 or 7 years ago he actually stayed at our house for several days. Having an Olympian at your home is kind of a weird thing, but he's a super cool guy and I remember talking quite a bit with him about the Australian Men's National Football (soccer!) squad over that time - as well as kicking the ball around a bit at the farm. 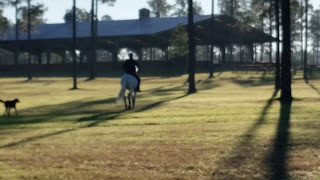 So, hobby stuff! While walking to my gate at Augusta Airport I saw these awesome models of proposal buildings for Augusta - and all I kept thinking the whole time was how I wanted to put some figures on the boards and roll some dice!!! This would be perfect for a spy chase. 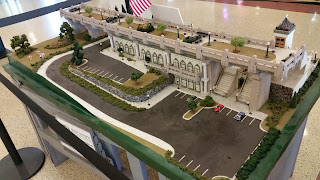 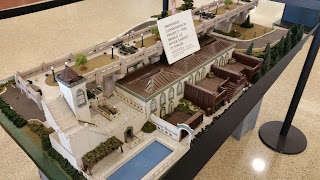 And then a building for a zombie last stand scenario. 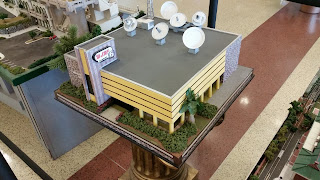 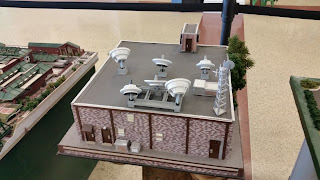 And then all kinds of possibilities for this monster! 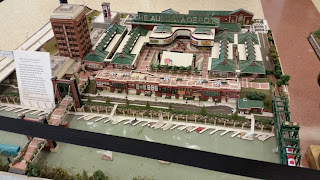 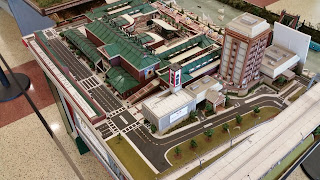 Now to get cracking on that enormous 'to do' list!