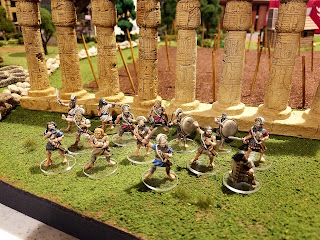 When I wrapped up Zomtober last week I forgot to kind of give myself a tip of the hat, because sure 15 completed zombies for a month was pretty weak, BUT... I did finally get 36 German zombies based, along with my 11 classic Universal monsters. I also completed these 14 Argonaut proxies last Sunday that I want to use for a future Harryhausen-esque game. So that's over 60 figures ready to be pushed around the table :) 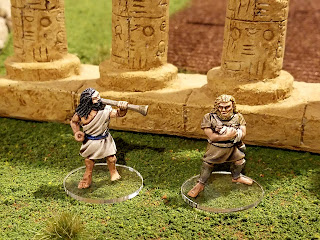 All the figures but two are from Black Tree Design. I'll be honest, I grabbed them because they were super duper cheap, but I think they really look the business. I just have to get some shields on a few of them - I don't think I want to put shields on everyone though. 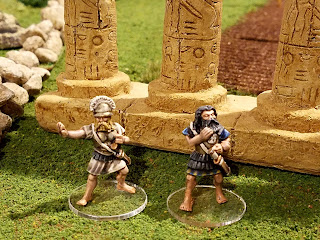 If I had one complaint it would be that all the figures are barefoot. How they aren't wearing sandals is a real head scratcher for me. 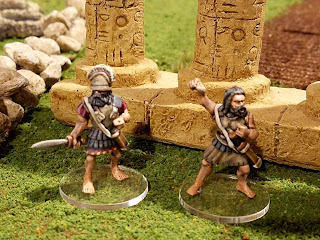 The figure on the right may be my favorite pose - I think it would be perfect for, say, Medusa's head, instead of the sword he's supposed to be holding (which broke off, but I think it was meant to happen lol!) 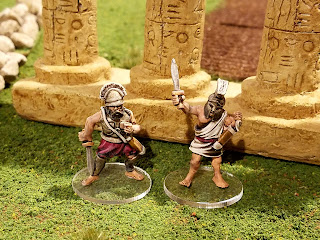 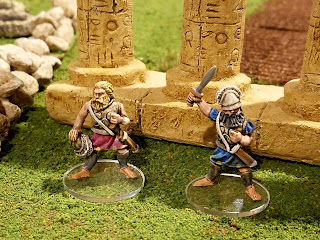 I really like all the figures who don't have the helmets on. 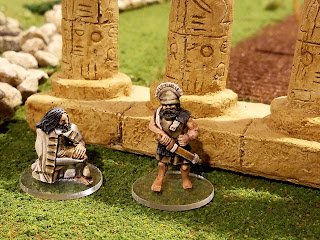 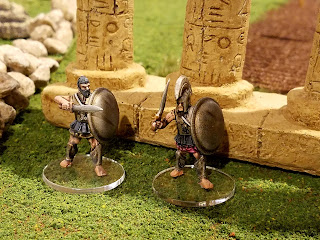 These two figures are the plastics from Warlord's Spartan's box set. They are definitely a bit smaller than the BTD figures. 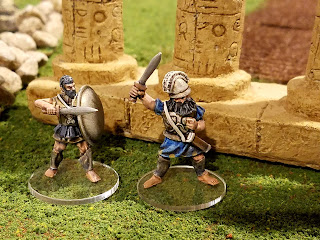 Here's a side by side with the Warlord and the BTD. I can say without hesitation that the BTD figures are my favorite.

If you were here for the last post, you know I bought an aquarium piece off Ebay that I wanted to use for a terrain setting for an Argonauts game. And it was completely destroyed when I received it. I gave the seller almost two weeks to fix it on his end, which of course he didn't, so I now have a claim opened on my end with Ebay. I'm sure I'll have a full refund shortly.

I've got a ton of figures painted, just sitting in cases, ready to be based on the clear bases so hopefully I can continue to chip away at that this month!