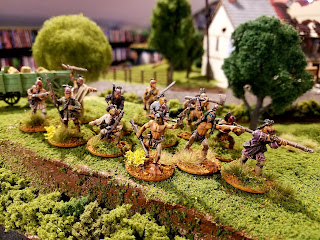 Well, I've got enough Indians now, 12 foot plus another 3 on horseback, to where I can throw together a little game hopefully over the coming weekend. Granted, most are Woodland Indians, but they will do until I get the Comanche War Party bundle from Warlord Games completed. 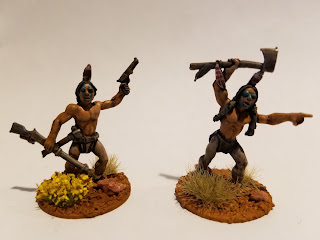 These two are the foot versions of Crazy Horse and Gall that came with the mounted versions in the last post, so they are my only two true Plains Indians of the group. 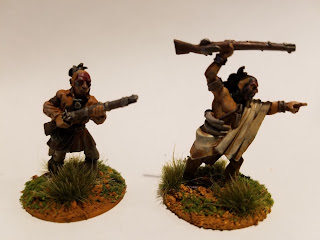 The following figures are from Warlord, and have some really neat poses as well as outfits. 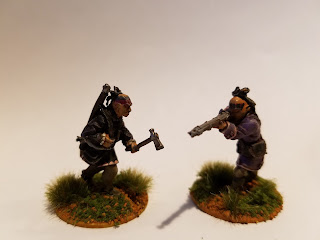 I really like how you've got the Indians wearing coats that more than likely would have been taken off of enemies :) 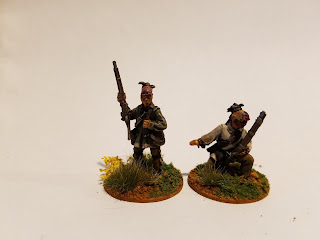 It had been forever since I based a figure in the "traditional" way, and I have to say I didn't miss it at all lol! 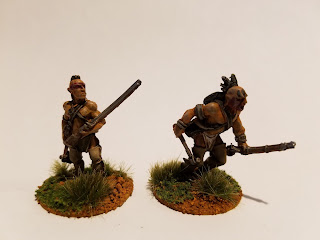 I think I did a pretty awful job on the bases and realize now looking at them that I totally forgot to put a wash on them - that should be an easy fix and will dull down the "dirt" significantly. I had even thought about going clear, but seeing as they more than likely wouldn't be seeing the insides of buildings or be on stone/brick roads, I went old school with basing them. 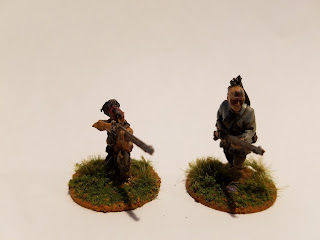 I've got a real honest to goodness light box on it's way courtesy of an Amazon gift card from the holidays so hopefully that'll improve the 'ol white piece of paper bent slightly behind the figure images I've been posting for the last year or so :) Stay tuned for that.