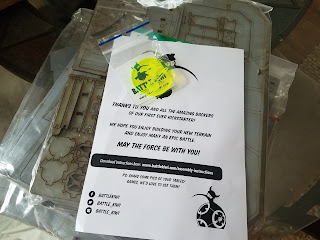 I walked outside yesterday to find my Kickstarter pledge box from Battle Kiwi sitting on the porch. The KS is based on the Endor moon from Return of the Jedi and is made for the upcoming Star Wars Legion game by Fantasy Flight Games. 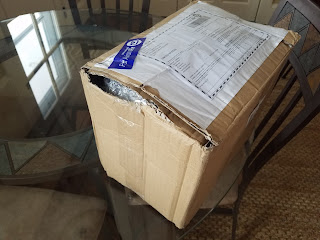 The box definitely showed signs of being abused on it's very long trip. 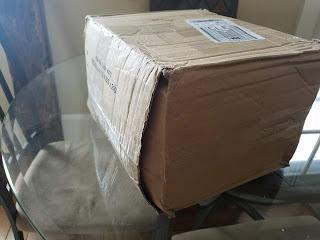 Coming all the way from New Zealand I can only imagine the number of hands that touched (let's be honest, threw) the box at some point. I think a bit more tape would have prevented the splitting of the box though. 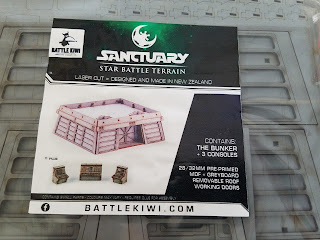 There were three major pieces (all MDF and painted a dark gray color) in my pledge along with stretch goals. This was the kit that made me buy into their KS - such a cool looking building and there is talk of expanding it with corridors and other rooms which will be really neat. 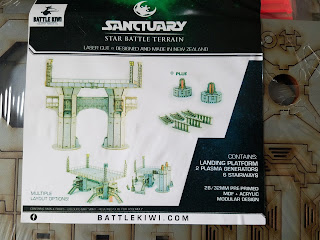 This was a design that actually came after the initial KS started if I remember correctly, and seeing it now it's clearly going to be the coolest kit of the three. I'm sure it's going to be huge :) 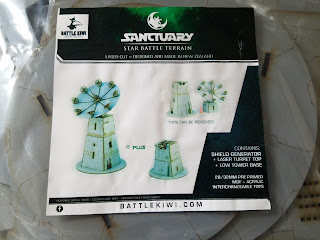 And finally the shield generator. I'm not sure about the small dishes surrounding the main dish though, I probably won't put those on.

So that's pretty amazing considering the KS funded on December 2nd and I got my entire pledge on February 2nd - and shipping all the way from New Zealand too. Good on ya mate! 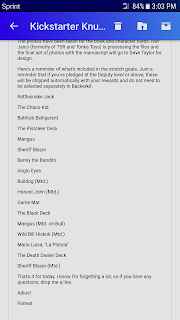 Another KS update came from Knuckleduster this week and it gave the entire breakdown of stretch goals that backers will be getting for free. This list is just crazy and money-wise has to break down close to my $135 pledge. The mat alone is close to $50.00 by itself. Hopefully you can click on the photo and be able to read the list better. If you are into gaming the old west, this was a KS not to miss. 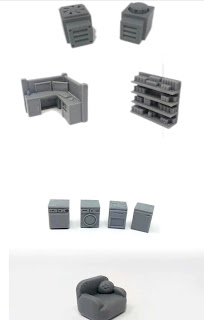 And speaking of KS, I almost made it through the first month of the year without backing a new project. Almost anyway lol! I backed this resin terrain KS by Hayland Games a few days ago. Way too much cool scatter and room terrain to pass up - above are just a few examples. 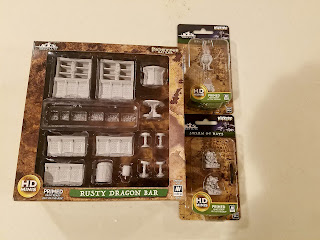 And speaking of terrain lol! I grabbed these really neat sets from a Hobby Town while out doing some errands last week. Should be nice additions to future games once painted up. 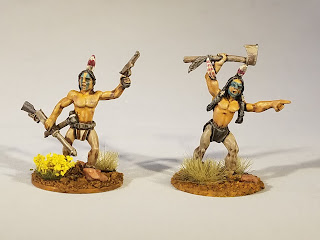 As you may remember I bought a new light box for taking photos of my miniatures and it arrived last week. I took my first test photo with it today and I have to say I'm blown away :) 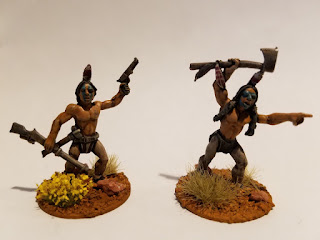 Here was the original photo of these Indians I took back in this post. The difference is simply night and day, and it absolutely verifies that the light box was a smart purchase. 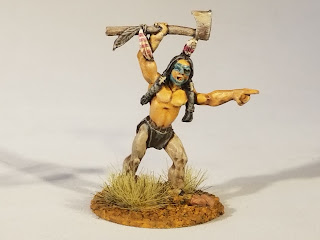 Here is a close up of  Crazy Horse. Now you can see the details of the war paint and even the feathers on the hatchet.

And lastly, a welcome to new follower Vagabond! He's doing some really neat stuff over on his blog.