I had wanted to get this posted early last Friday, as I knew that if I didn't, it would be at least a week before I could - and here we are :) . Unfortunately I just couldn't find the time as my wife and I were preparing for our son's 16th birthday - preparation Friday, a celebration with family on Saturday and what was his gift, four days in New York City, from Sunday (4am departure) to Wednesday. After seven excruciating hours at LaGuardia Airport due to delay after delay, we finally arrived home at 3am Thursday morning. 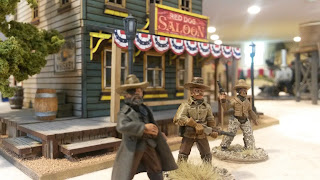 So. Finally cleared the desk of all miscellaneous figures last week! The last group was some Old West figures, a few animals, and Slimer from Ghostbusters. 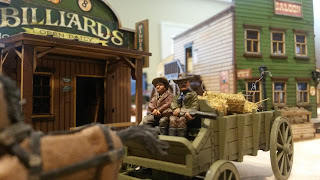 The first of the Old West figures were the stagecoach set from Great Escape Games. Two passengers and two drivers. I still have another 4Ground stagecoach to build, so until then these guys will just hang about the 4Ground wagons. 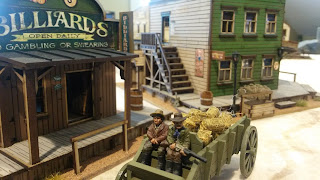 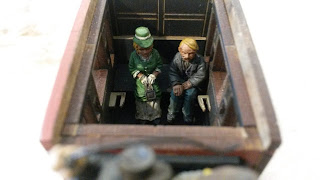 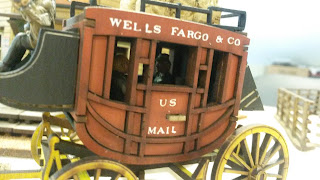 The last of the Old West figures are from the updated version of "True Grit" by Gorgon Studios. These figures are absolutely fantastic - Rooster, Lucky Ned, and Lebouef. They also make Matty and Tom Chaney, and honestly I'm kicking myself for not purchasing them as well at the time. All the figures are also available mounted, which is a really nice option, and I did purchase mounted versions of all three, though those must be in my Old West box somewhere, as they weren't on the desk.  The sculpts are really nice and I love the details on Ned's sheep skin chaps! 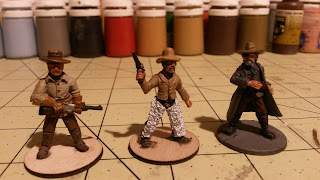 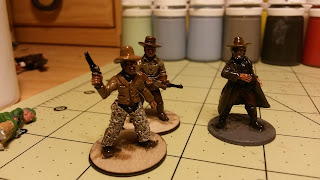 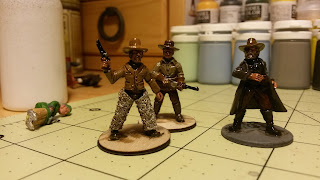 I actually like this version of Rooster a little better than the Great Escape Games version. Here is a side by side of the two figures. The GEG Rooster is on the left. 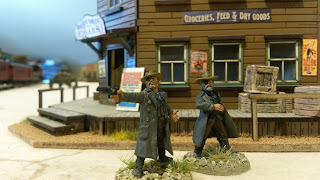 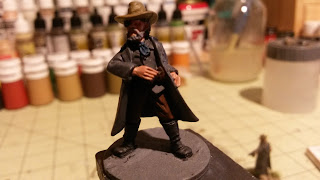 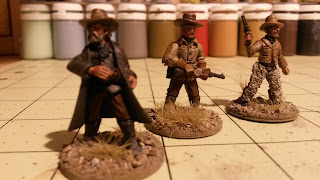 As to what's next, I'm really not sure. I had a lot of fun painting up the Zulus from a week ago, but I absolutely HATE building plastic figures. I'm enjoying following Pulp Alley AAR's on The Lead Adventure Forum, so I could easily see myself getting into my pulp figures. But then again, there is the main reason behind my joining the challenge, all my American Civil War figures.

Decisions... As always, thanks for looking!