A Bit Of Bolt Action

Finally, after about two years of buying, building, and painting, I got to play my first ever game of Bolt Action last Saturday. And it was an absolute blast! More on the actual game in another post; here I'm just going to show a few things I'd been  working on to be able to get that first game on the table. 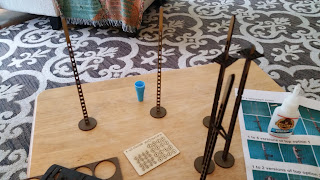 The first thing that I wanted to finish was my telephone poles from 4Ground. Super easy to put together. Because I'm OCD, I used the transistors  (I think that's what they are, but I could be completely wrong) board pictured below to use as a measurement tool to make sure I had heights and distances of the capacitors (again, I'm sure I'm completely wrong on what they are!) consistent at the top on each pole - the little marks on the left of the board. 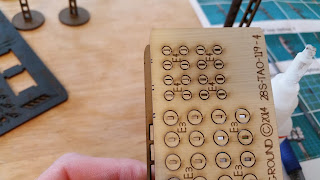 The other thing that I did, and I feel makes a huge improvement, is painted all the inside edges that were brown black, pictured below. The left is painted, while the right is what comes right out of the package. 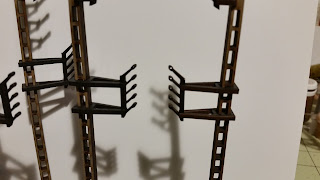 The last step was to base each pole with some Citadel grass and some Army Painter tufts. I really like the look of the poles, but they are incredibly light and topple over much too easily. Some washers will easily fix that, just need to get up to Home Depot to get the right size; the 1 inch washers I have on hand are too small. 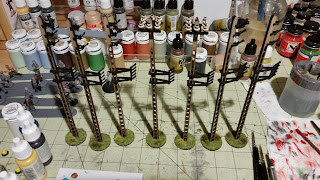 The other thing I finished up - though clearly needs detailed, but at least it's built and has it's initial coat of paint on, baby steps :) - is my Warlord Sherman tank. We used it as the objective in our "Top Secret" game. Again, another really easy build and even better little model. 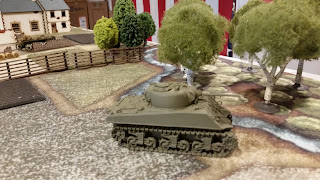 My initial plan was to build my Warlord Kubelwagon as our objective. Battlefront Games make some really cool objective models for Flames of War, and my absolute favorite is the crashed Kubelwagon! It's a brilliant little model with a lot of narrative to it, as its crashed into a telephone pole on the side of the road. I wanted to do something similar with my Warlord model, and thought it would be perfect for a "Top Secret" objective, but when I began test fitting everything it turned out that the doors on my model were way too small. 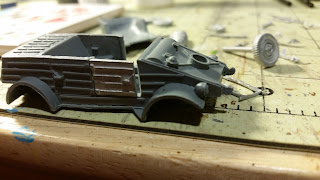 Just to see if anyone else had this issue and really more importantly I was looking for ideas on a fix, I posted this exact same photo on the Bolt Action International Facebook page. Immediately I got a response from Darren Evans, who works for Warlord, saying go ahead and send an email to them and they'll sort it out, even after I told him that I didn’t buy the model direct from them. So here's my tip of the hat to the Warlord guys! Absolutely brilliant service from them! Extra thanks to Lorenzo as well, who sorted out my ticket number and got my replacement parts sent out - all within 10 as well, and I'm in the United States! Hopefully I'll get started on the Kubelwagon shortly. 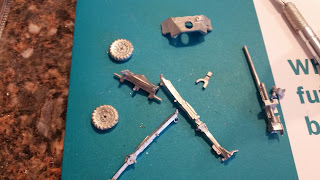 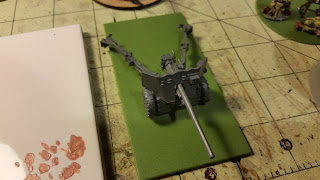 I also began work on my Historicon figure of Richard Winters from Band of Brothers. Another really great model and likeness to Damian Lewis, who portrayed Winters in the series. 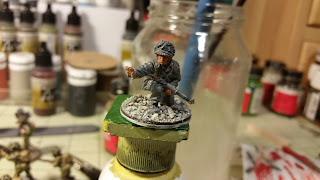 I also finished building my Panzer IV, minus the side armour for now, and got that primed. Continuing the theme, much to do on this as well. But at least I can put it on the table if we wanted to. 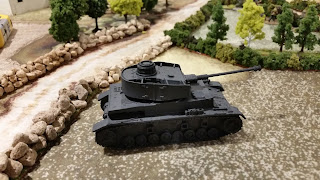 I also completed the first steps in a Matchbox conversion of a Willy's Jeep. These little guys are only $3.00 to $4.00 if you can find them in the store, a bit more on Ebay, but way cheaper than "real" ones. 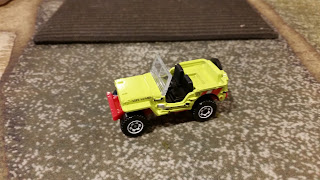 Again, just a basic priming and waiting for details (probably should have at least painted the tires). This is after taking the wheels and front window off. The wheels were re-glued higher up and it's amazing what a difference it makes! 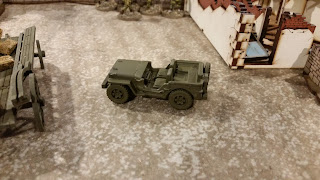 The biggest thing I learned from my first BA game was, in my haste to build and paint models, I made a complete meal of a lot of the team based figures. For my Airborne army - I need to add another figure to my MMG (ordered from Warlord, hopefully here soon), I had to take a figure off my medium mortar, as the US Airborne only require a two man team. I also needed to add a figure to both my German medium mortar and medium machine gun. Oh, well. And side note, why don't Warlord make a US Airborne sniper team?!
Here's a quick photo of the board I made up for our first game. The mat is from Cigar Box, of course 4Ground buildings :), trees from Noch, Woodland Scenics, and Heki, and some homemade stone walls and hedgerows using Woodland Scenics products. 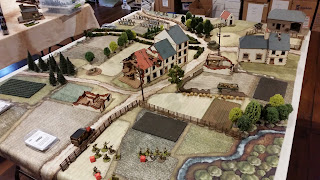