Loving Liverpool FC is like being in the most abusive relationship imaginable; sure there may be some amazing times, but really, when you just stop and evaluate the entirety of the relationship it is nothing but pain and anguish. This is me and Liverpool. I know that I should just walk away and be with Arsenal; they play entertaining football, and how I like to play when I myself am on the field.

Why can't I just quit you Liverpool?

Anyway, next up for Corner Kick is Arsenal.  I chose Arsenal for the above reasons and also because I have several friends who are huge Gooners fans; my hope is that I can get them out to the farmstead to play a few games here soon. 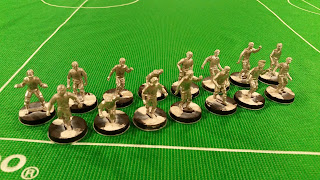 Clean up, basing and filling. I really should have done more work on the hair of a lot of the figures; many have long hair which just isn't the look of players today. 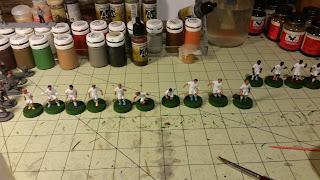 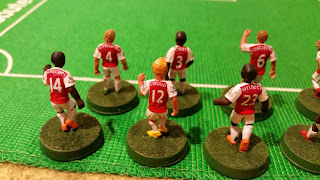 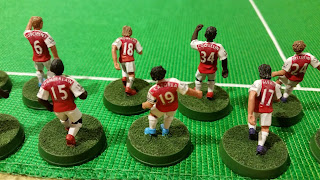 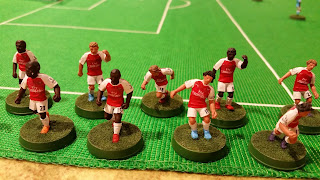 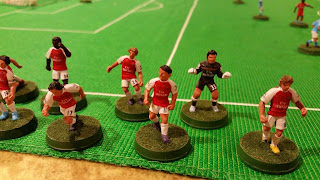 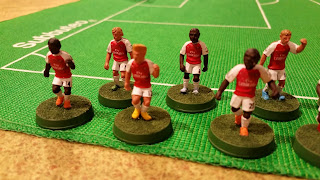 And above is the finished product. I unfortunately couldn't make the shorts numbers red. 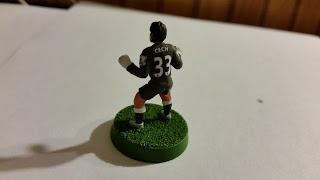 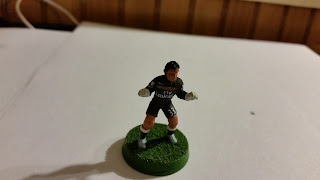 But, more importantly, I was able to make a helmet for Petr Cech. Which I'm super pleased with! 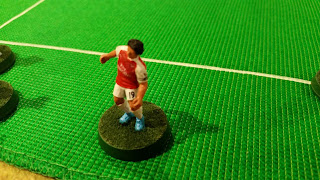 I think this is my favorite pose, and the reason why I made this figure Santi Cazorla; here he is captain's armband and all. 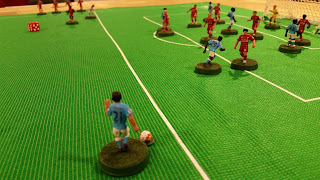 I made an attempt at painting a ball as close as I could to this years Nike Premier League ball. Again, pretty happy with the end result.

Overall, really happy with another squad finished. My only frustration would be the hair on several figures, as I mentioned at the top. Ultimately though, I guess that's on me, as I could have made some customizations to them.

Next up is United, though I think I may end up finishing some Bolt Action items I've had set to the side first. I've got the BA bug again, and started to assemble a kubelwagon a few days ago...

As always, thanks for looking.
Posted by Ivor Evans at 5:52 PM