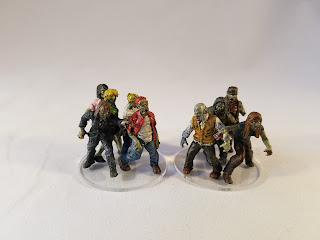 I wanted to try something a little different with some of my walkers from Mantic's TWD All Out War - hordes. 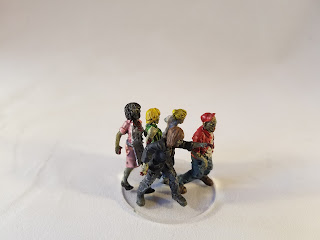 While individually based walkers look good, I like the idea of multiple walkers clumped all together and think it adds a lot more visually to the table. 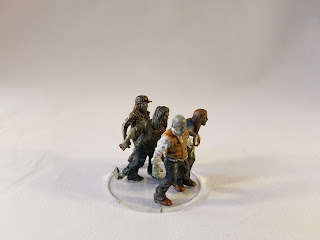 Plus it turns out I have a bunch of figures in the same pose, so I chose those to go onto these horde bases. 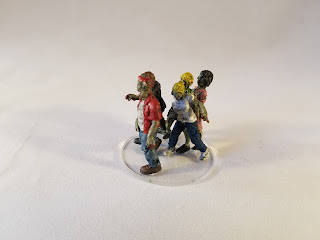 I had a go at putting 5 figures on a base and I think I could have done a much better job positioning the figures on this first try. Honestly think I may scrap this base entirely and give it another try, visually it just doesn't look right to my eye. 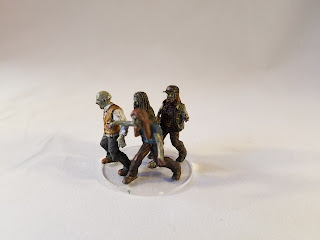 I tried 4 figures on my second attempt and think I did a better job with the positioning. 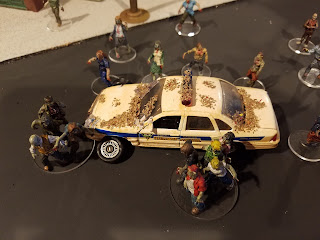 For gameplay these will still just count as a single figure and I don't think will cause any issues rules wise with the larger base. Here's a group photo with some of the individually based walkers in the background - on the new work in progress city Walking Dead table. 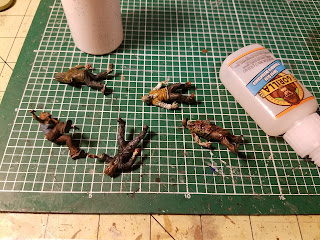 I totally forgot to take some WIP's photos of the painting, so here are the walkers getting their pins in their feet lol! 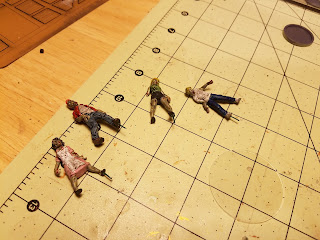 So Ivor gets a pat on the back, he actually completed  9 walkers in only two days! And the first painting he's done in quite some time :) Huzzah!


Until next time, thanks for looking!
Ivor