And No More Rhymes Now, I Meant It! Anyone Want A Peanut? 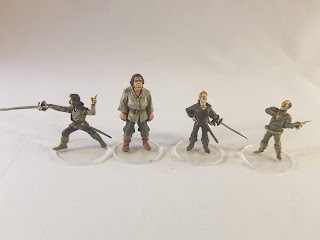 I don't think you'll get much of an argument saying that The Princess Bride is a classic - it's amazing how well it still holds up almost 30 years after its initial release. I've had my eye on these figures from Antediluvian Miniatures for quite a while now and I'm ecstatic that I finally have them ready to put onto the tabletop. 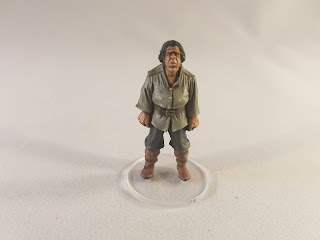 How cool is Fezzik? Doesn't even exercise, and no longer unemployed in Greenland, he has a wonderful gift of rhyme, but only some of the time. The likeness to Andre The Giant is spot on imho. 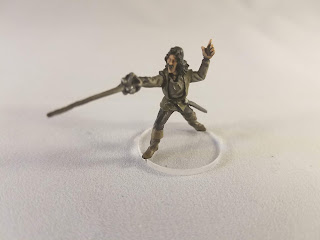 Inigo Montoya ready to exact revenge on the six fingered man. Currently working for Vizzini to pay the bills, there's not a lot of money in revenge. 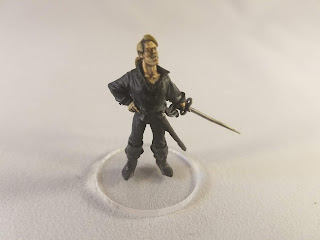 Westley, the hero farm boy, sans mask - which is a bit disappointing because I hear they are terribly comfortable, everyone should be wearing them in the future. 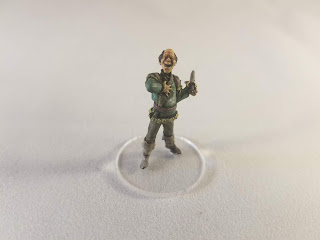 Vizzini explaining how never to fall victim to one of the classic bunders, the most famous is never get involved in a land war in Asia, but only slightly less well known is never go in with a Sicilian when death is on the line.

Something I really would love to see is another set of figures from Antediluvian with Buttercup, Prince Humperdinck, Count Rugen (The Six Fingered Man), and maybe the Albino or Miracle Max - or better yet, if anyone has ideas for proxies from other manufactures of these characters I'd be all ears!

*editing this post as this morning I went back and looked at the Antediluvian site and they now have a second set of TPB figures with all those requested above, except the 4th is the priest - no Miracle Max or Albino. But the second set has been ordered :)*

I've got some more really neat Hollywood figures in the queue, so stay tuned :)

Thanks for looking!
Ivor