Doc, Ah, Are You Telling Me You Built A Time Machine...

Out of a Delorean?! 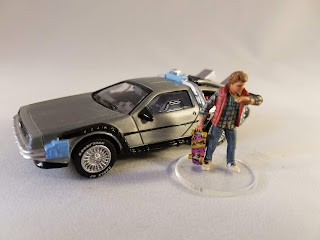 Crooked Dice released this awesome figure of Marty McFly from Back To The Future fame early this year and I absolutely had to add it to the collection. 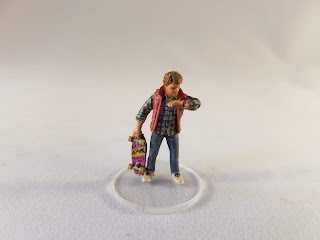 I had been after a Marty for quite a while, especially after CD released their version of Doc Brown last year. 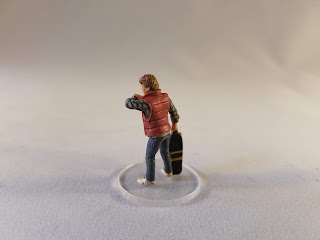 I can't say enough good things about this figure, the pose is great and it really screams Michael J. Fox :) 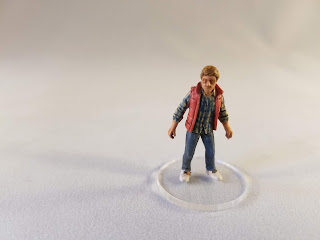 As I mentioned above, I had been searching the interwebs for an extremely long time for one of Crooked Dice's older figures who took on a striking resemblance to Marty (above) - I got super lucky and found someone selling a used one and I immediately jumped on purchasing it. 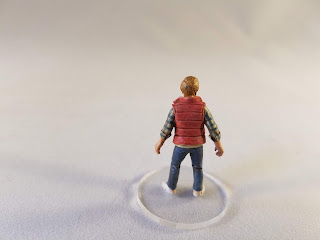 Apparently it was from their Doctor Who line of figures and went out of production due to licensing with Warlords new Doctor Who game. 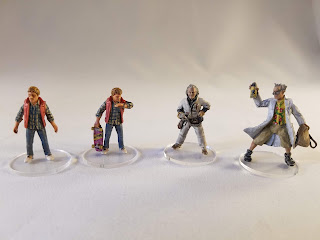 It's both funny and frustrating that after searching for so long for this one figure, and finally buying it, it wasn't but a few days later that Crooked Dice announce the new version of Marty. Here's a group photo of all my Marty's and Doc's. 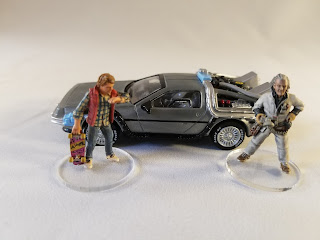 How cool do these two look together with the Delorean!!?? 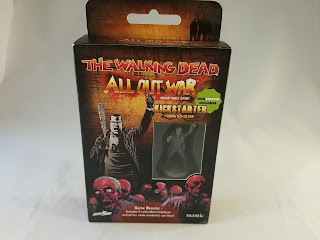 Earlier in the week I was also able to snag the Kickstarter exclusive box for TWD All Out War at a comic game shop about an hour away from me. 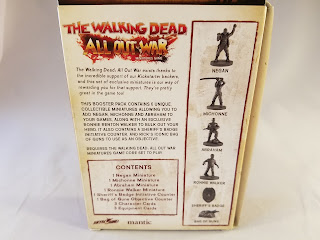 What's great is I was really wanting several of these figures, and especially the gun bag objective marker, but the only way to get them is directly through Mantic Games and use Mantic points to purchase them - making your cost for one figure just astronomical. 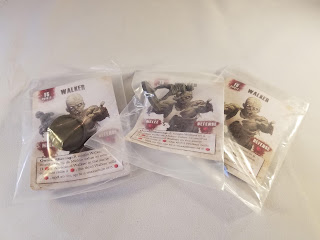 It's a bit of a drive, but the guy who owns the shop is just brilliant (willing to order anything I want, and at a discount from retail!?) and he has just a ton of really cool stuff in the store - and he gave me 3 of the exclusive Walker figures with my purchases, how cool was that :) 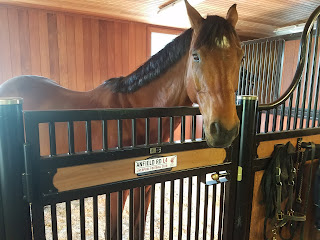 And finally some non hobby news - we've got a new horse and my stipulation was if another new horse ever came in, I would get to name him. So this is Anfield Road. After my beloved Liverpool Football Club of course :) I've already bought him a cool name plate for his door as you can see. And speaking of Liverpool, Champions League final tomorrow... absolutely mad!! I can't even wrap my head around the possibility of winning that big eared trophy - fingers, toes, and every other possible thing crossed for a win tomorrow (which will be a 4-3 Liverpool victory, but we'll have been up 4-1 with 15 minutes left, and give up two making that quarter hour the most excrutiating I will have ever experienced in my life lol!)

Until next time, when Liverpool are champions of Europe, thanks for looking!
Ivor
Posted by Ivor Evans at 3:15 PM

Email ThisBlogThis!Share to TwitterShare to FacebookShare to Pinterest
Labels: Back to the Future, Crooked Dice