You Can Always Tell A Cowboy By The Red Sash 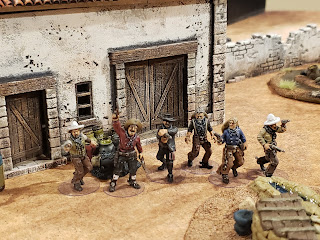 The irony of that title is that you can actually see only one of the cowboys wearing a red sash lol! A bit disappointing, but honestly a very small complaint when you see how great these figures are from Knuckleduster. I got these figures with my Gunfighters Ball Kickstarter but they also have these figures in mounted versions, and they are definitely on a very short list of purchases to make in the near future. 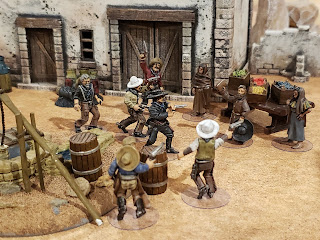 These figures are all modeled after characters from the 1993 film 'Tombstone', and the likenesses are just spot on. I set this little scene up to try to copy the very beginning of the movie when the cowboys come to exact revenge of the killing of two of their own. 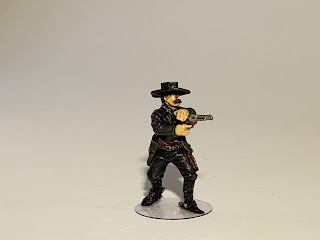 Johnny Ringo, the only cowboy who has a red sash. 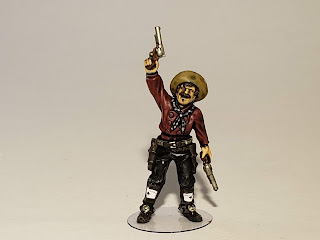 Curly Bill Brocius - you've seen Curly Bill before in the clear bases tutorial, but now I can show off the poker cards on his chaps! Such a neat part of his outfit that it was an absolute must to have them. 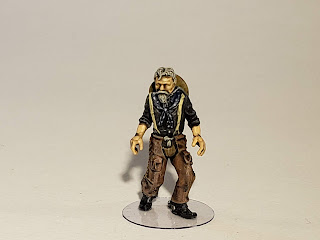 Ike Clanton - played by Stephen Lang. It was only recently that I realized that this was the same guy who also portraid General George Pickett in the film 'Gettysburg' (and also Stonewall Jackson in 'Gods and Generals'). 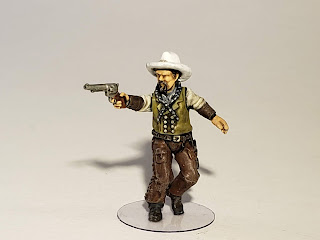 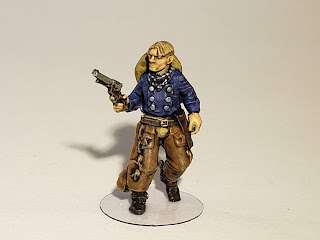 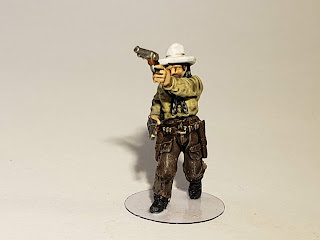 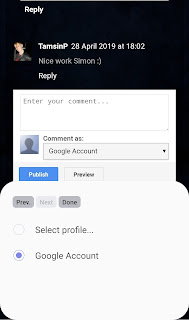 I'm still having issues trying to comment on blogs I follow while on my phone - this image is what is coming up as I attempt to write a comment. I can write out my comment but when I hit publish the page reloads and my comment disappears into the zeros and ones, so I'm still completely stumped. I can comment normally when I'm on my laptop but I'm not on it very often, so again my apologies to all those blogs I follow for the silence.

I'd like to welcome aboard new follower Phil R. Thanks for adding me to the reading list!

Until next time, thanks for looking!
Ivor
Posted by Ivor Evans at 7:27 PM