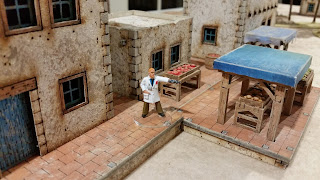 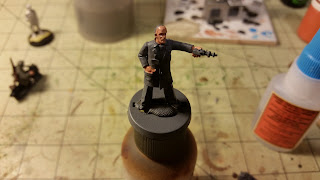 Finding the right figure to represent Dr. Quest proved a bit more difficult than I first anticipated. Benton actually wore more outfits than anyone else in the main group. He had different colored lab coats, wore different colored suits, and had several different polo shirts as well. I decided to go with what I'd call the "classic" look when you think of Dr. Quest, so I went with a lab coat scientist. Though I think I'm going to make another figure of Benton in a suit, as I'm not sure how well a lab coat figure will work in different settings - a jungle for instance. 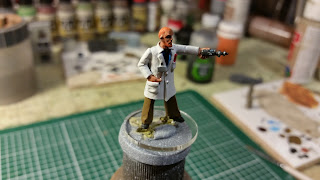 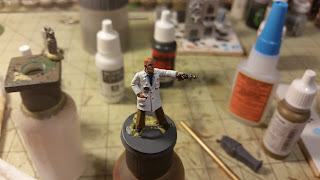 The model I went with for this first version of Benton came from Crooked Dice games. What's great about these figures is they have a separate head system so it allowed me to try to find a head that looked as close to him as possible. And I think I found the perfect one - it came from the box set of Minions I got with my other 7TV stuff. 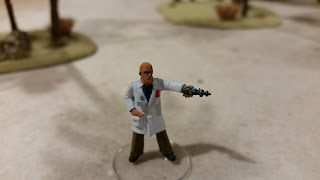 He's holding a neat little science gadget that really captures the animated version of Quest too. 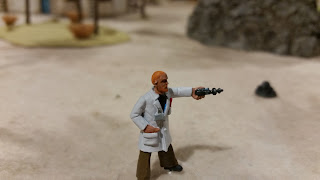 Bandit I'd actually finished about a year ago but I changed his base to a clear one to match the rest of my pulp figures. He came from one of Bob Murch's Pulp Figures line, though I can't remember exactly which one. Certainly not representative of the animated version of Bandit, but close enough. 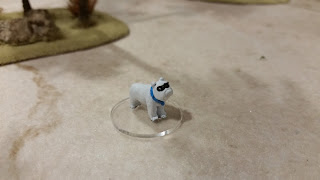 The music soundtrack I ordered from Jonny Quest also arrived while I was finishing up the figure. It's from La La Records and honestly I can't even remember where I heard about this company, but however I did I'm so glad I did because this thing is absolutely amazing! 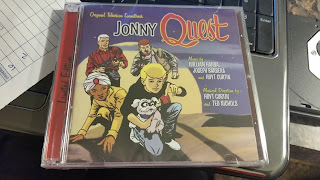 It's a two disc set with music from every episode, almost 130 total tracks! Limited run with only 3000 copies made too. 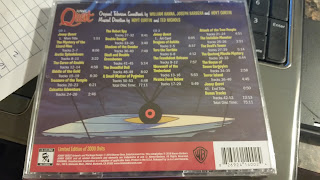 And here is the gang so far... 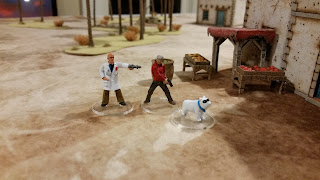 As always, thanks for looking!
Ivor
Posted by Ivor Evans at 4:43 PM