The Crooked Dice Goodies Have Arrived! 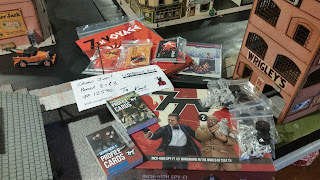 It was with great joy that I opened my mailbox a few days ago to see these two boxes waiting! 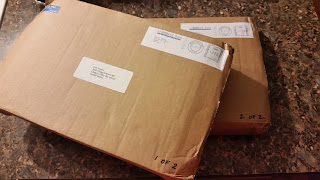 My order from Crooked Dice arrived safely from across the pond just over two weeks from when I placed the order. I went overboard as I usually do when I see really cool stuff, and these guys certainly have a ton of really cool stuff available!

The top of the box has some really neat retro artwork along with images of two figures from one of their more recent releases, a hero (a very James Bond looking chap) and a villain (a very early style Ernst Stavro Blofeld looking chap), both expertly painted by the brilliant Kev Dallimore. 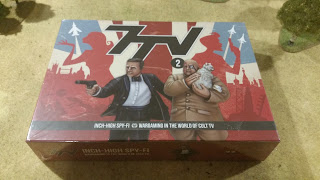 The back of the box. 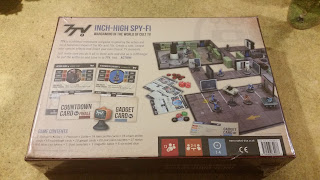 The side of the box. 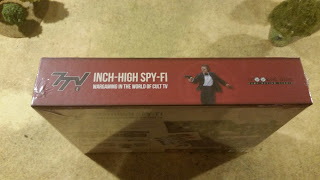 And what I found inside once I took the cover off. 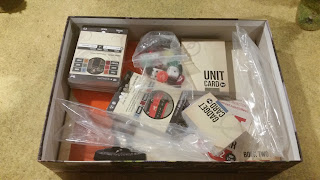 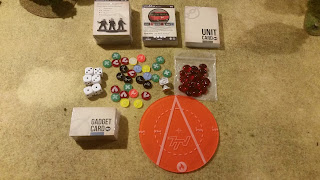 It's really neat how the guys at Crooked Dice have created and presented these rules. 7TV is essentially a fictitious television studio from the 60s and 70s that produced both television shows and also movies. So your games are basically episodes of a show or parts of a movie. Personally I think this is just genius, and really looking forward to seeing how it actually plays out on the tabletop.

The mcguffin plot point is a retro style tv! 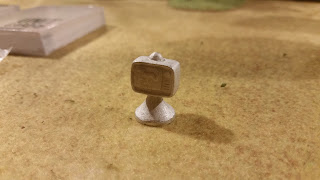 The rules are in two different books; the main rules in your 'Directors Guide' and the rules for your "casts" (your figures) -both pre-made and how to create your own- in the 'Producers Guide'. 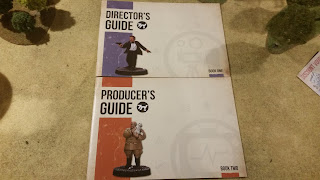 I will say that I don't particularly like how the rule books aren't a normal book size. But maybe that's because every single rule book or supplement book I own, or have ever owned for that matter, has been like that and that's what I'm used to. 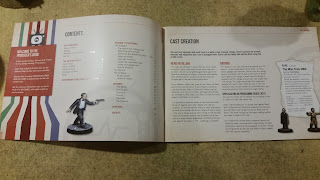 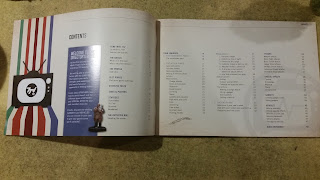 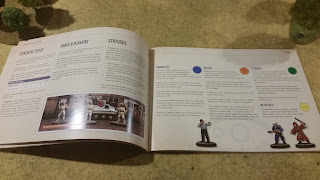 When I first printed out the pdf download I bought for Ghostbusters, the Paranormal Exterminators Program Guide, I initially thought something was wrong with the file because of how it looked. It was when I opened the main box and saw the two rules books I realized that was how it was supposed to be. Definitely not what I would have preferred. Just one nerds opinion though, it doesn't take away from the game in the least. 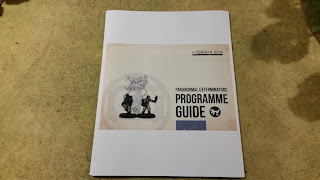 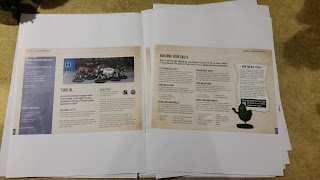 I absolutely love Ray Harryhausen, I think he was a genius and he was without question someone who influenced me to build models and create worlds of my own. Here's a photo of my autographed Harryhausen  picture - which I'm sure is a fake, but it doesn't matter. It is right above my desk and it is an inspiration to me every time I look at. 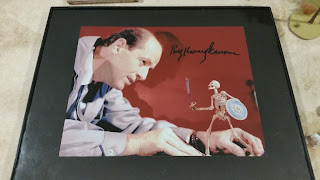 I'd heard about 7th Voyage (the tag line is 'wargaming in the world of stop motion mythic fantasy') a while ago, but I felt that I had enough rules and different time periods going on that even though I loved the setting of the game, I wouldn't make the purchase. Until it just happened to be on sale when I bought all my other 7TV stuff! So hopefully in the near future I can play a game on the tabletop in the same spirit of a Harryhausen movie; Talos and some skeletons have to be up first I think :) 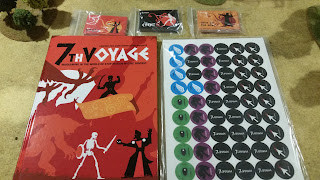 I also picked up a whole bunch of figures. Most of them definitely fall into that "minion" category, where I'll use them as guards for a villains lair or something similar. This first box is actually the Minions Starter Set! 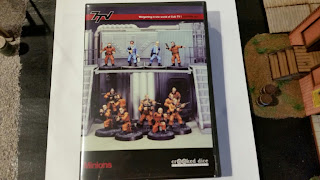 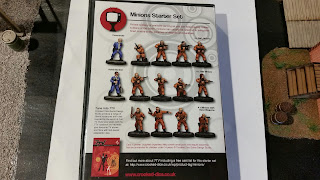 These next groups of figures are from their Department X range. But again, very minion like, and even though they are supposed to be good guys, I can see them being used in the same way as the set above for the bad guys. 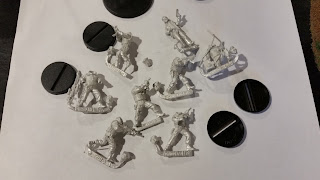 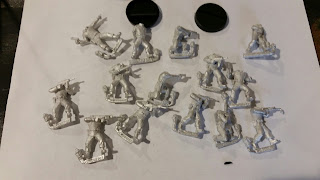 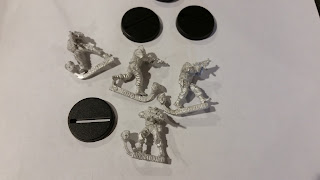 I also grabbed a set of the scientists. I had thought I'd found a good proxy for Dr. Benton Quest, of Jonny Quest fame, but when I opened that figure it turned out to be not even close to what I had envisioned. So Crooked Dice to the rescue! The top left figure is now going to be Dr. Quest! 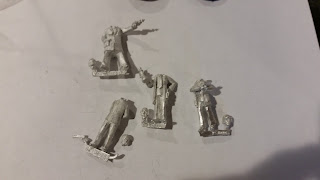 And last but not least, my Ghostbusters figures. These guys will round up my named characters for the game. The Dana Barrett and Louis Tully figures are just amazing! Hopefully I can paint them well enough to do the sculpts justice. 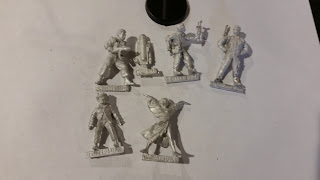 Lots of goodies from the guys at Crooked Dice, so a big thanks to Karl Perrotton for getting me all sorted! Stay tuned for a rules overview and maybe even a test run of a game. 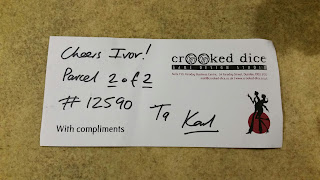