It almost feels like someone doesn't want me to get my game to Historicon this year. The past week had the unfortunate passing of Therese's grandmother (she was 92 and it was a life well lead, so while we're all sad, we're all glad at the same time, the last month was rough), the huge benefit at the farm for the Area 8 young riders association that we've been preparing for almost 6 weeks now, and then we were on the road down to the University of Cincinnati for two days of the freshman orientation. 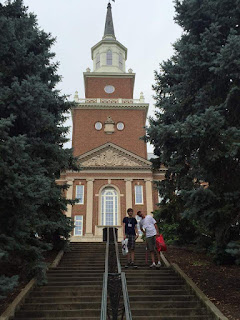 We literally get in the truck to head down to Cincinnati after 4 in the morning and the Rolling Stones song "Out of Time" comes on the radio - I literally laughed out loud at the irony, and of course as you can see had to take a picture just show I can't possibly make this stuff up. 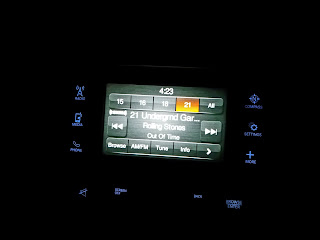 Just a few quick photos of the big event that pretty much had me working 12 plus hours a day for over the last month first. I was able to sneak away from the barn (I was on guard duty to keep people from crowding around our horses at the barn) for a few minutes to see Therese ride and snapped a few photos. Here's the tent and gazebo around the arenas where most of the people were, but there were many more at tables and chairs to the left of the tent. 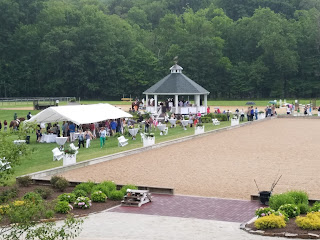 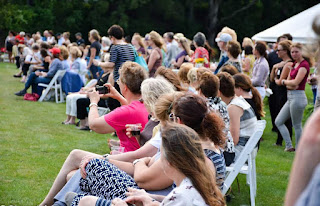 There must have been over 300 hundred people there. One of the guys working the makeshift parking lot, who works here on the farm with us said he stopped counting the vehicles coming in after he hit 100!? 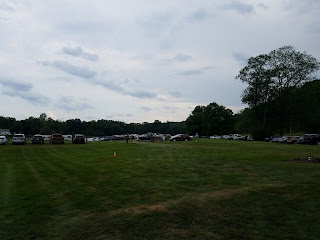 There was a competition for stadium jumping and cross country that had "betting donations" on points earned from whichever rider you wanted to sponsor. Here are a few photos I stole from one of the photographers - these two are of the wife on our Irish horse "Captain". 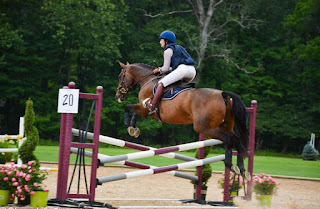 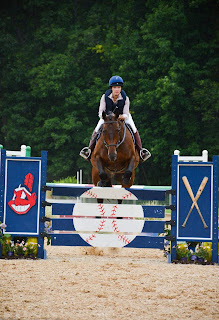 This was just a really cool photo of Colin Gaffney, who is one of the young riders the benefit was for. The determination on his face is brilliant! 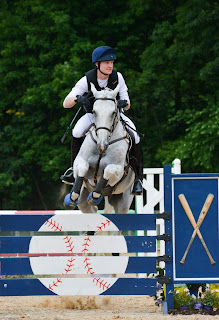 Thursday and Friday had us at the University of Cincinnati for Jakob's freshman orientation. After leaving the presentation for his program, DAAP - Design, Architecture, Art, and Planning - and walking to the next one I realized that the program does not have summer breaks after this freshman year. It hit me that this years Historicon may be our last together until he's done with school, which if everything goes as planned will be in five years. Honestly, it hit me pretty hard. This has been something just he and I have done together for about 6 years now. 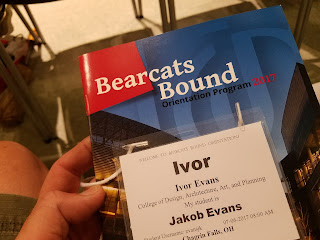 Because Jakob was in the last group for housing he actually got put into the highly sought after University Place Apartments. I forgot to take pictures of the apartment unfortunately but it's incredibly impressive. He will be with one other student, there is one bedroom with two beds, but they have their own private bathroom and a full kitchen with a dishwasher, as well as a small living area that fits a couch and loveseat (which is why it costs $1000 more than a normal dorm room) - definitely not something for an incoming freshman so we're trying to get it switched, but they told us that it probably won't happen as this is the largest freshman class they've ever had and they had to place several freshman in there. And here is his view  from the apartment - the soccer pitch :) 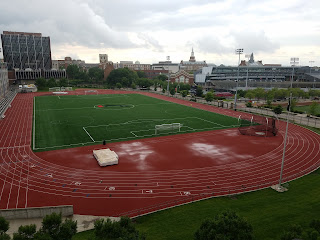 Ok, enough of that stuff! On to table two - lots of work completed, but still lots to go. And I've still got to complete the leagues for the game, though I did start them. An early overview before all the debris details were added to the destroyed areas. 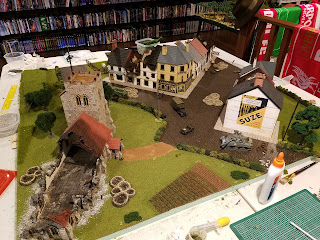 I went through and put shingles on all the buildings. A long and tedious task but it makes an incredible difference in the presentation. 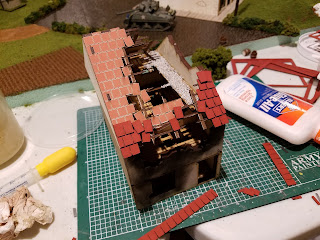 The shingles for the corner buildings were a huge challenge. Lots of angles to adjust for. 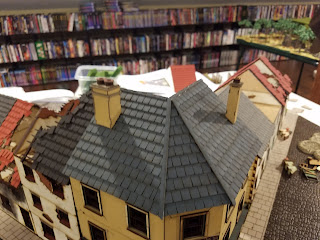 I used the frame of the shingles, below, to cut out a piece to fit nicely on the transition of the front of the roof - you can see the results above. 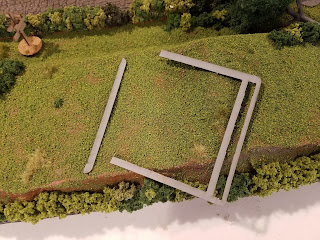 I added some shutters and a sort of frame for the shoe store sign. Shutters were added to all the other buildings as well. 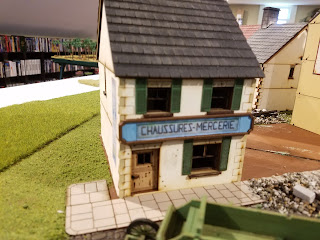 And here is some of the detail work on the destroyed buildings. I decided not to go crazy inside the buildings as I felt that could effect gameplay - trying to set figures and hoping they don't fall over because of the floors not being flat. 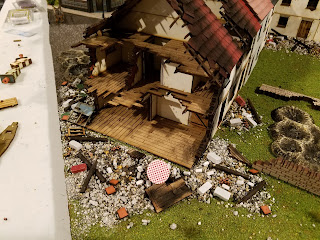 I'm having a terrible time finding appropriate signs though and that is extremely frustrating - nothing like what I'm usually able to find. But I did find a neat side sign, though the transfer didn't come out very clear. 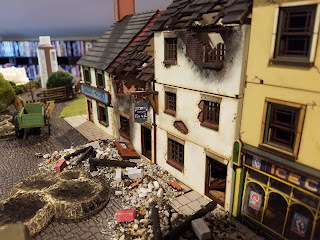 I still need to get the black weathering powder on the grass areas. 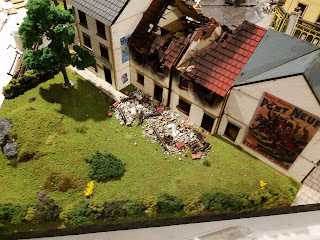 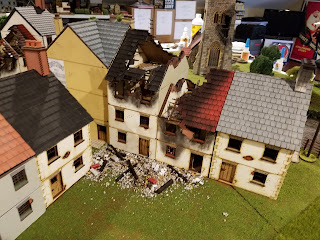 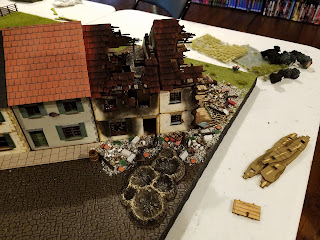 I found the fountain from the Cresent Root line of buildings in a box and thought it looked pretty good at the intersection. 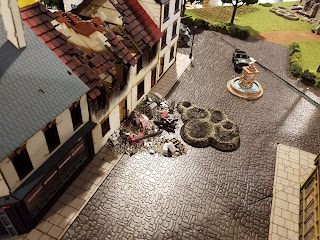 I added a lot of bushes around the hill area, as well as a fence across the street. 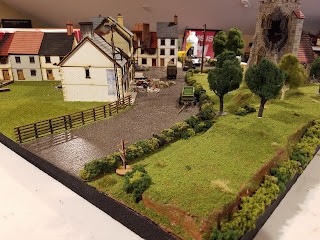 Lots more to try to do in the next three days, especially with Jakob's graduation party tomorrow - wish me luck, I'm going to need it!!!!