Just wanted to give a quick shout out to a current Kickstarter  from Sally 4th that has about two days left. 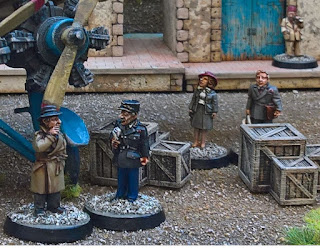 This one is pretty neat because I backed this initially to get some Casablanca and The Maltese Falcon figures.

Humphrey Bogart, Peter Lorre, and Sydney Greenstreet figures, YES PLEASE!! But by backing you also get to suggest what the next set of figures should be. 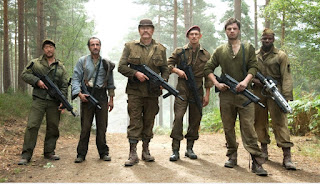 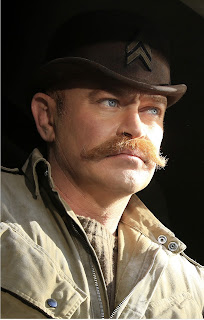 Fast forward to today and my suggestion for the Howling Commandos won the vote for the next set of figures! Absolutely chuffed that I'll finally get a Dum Dum Dugan figure!! Maybe this will be the thing that will push me back into finishing up the Carter game :) Still up in the air for the other three figures, but again it looks like a majority vote will decide. 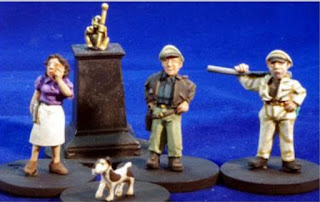 Anyway, still time to jump in on this one if it at all interests you. Sally 4th also have a really neat Tales of the Gold Monkey (a television show from the 80's that was clearly trying to coattail the success of Indiana Jones. But it did have a awesome airplane - a Grumman Goose named Cutter's Goose - and great sidekick Jack Russell terrier named Jack who wore an eye patch and would bark once for "no" and twice for "yes" lol!) that is perfect for pulpy island adventures too.

Until next time, thanks for looking!
Ivor
Posted by Ivor Evans at 9:38 AM