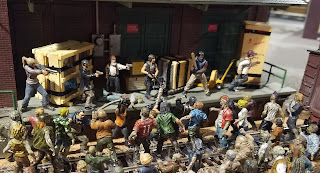 I felt I really needed to move out of that corner of the board where I've been taking group photos of the zombie apocalypse over the past year. Every time I would add more figures I would just throw them in that same corner and move a few things around. Pretty boring really, so apologies! But honestly, because this board is no where near finished, I still feel odd trying to set up these staged photos even though I do think they look better than just the light box photos. Anyway, over to the trackside factory I went with the resulting zoomed in splash photo above. 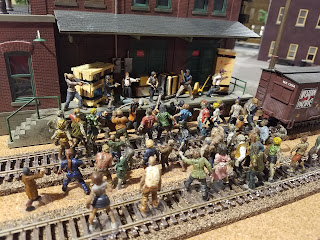 I imagine that this was a supply run into the factory that has gone horribly horribly wrong!! This is the original photo - where clearly the author of this blog shouldn't have included it because it actually shows in full color detail just how much work still needs done lol 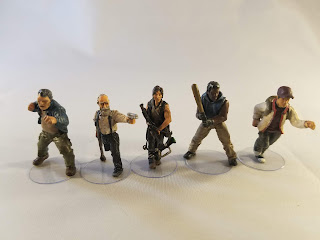 Ten more survivors were based this week, with a large number of walkers started for next weeks grand finale. Here are the first five - three Mantic figures and two from Studio Miniatures. 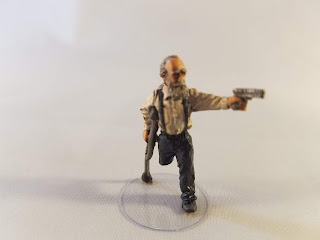 The first is Herschel Greene from Studio Miniatures. Obviously this version is from the television show and not the comic. Having only ever finished the first volume of the comic book series, I'm only familiar with Herschel as portrayed on the show and I quite liked that character a lot. When I saw this figure I had to grab him. 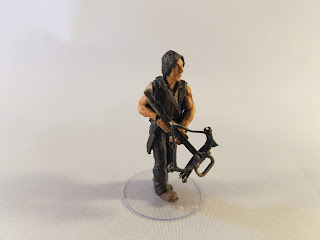 Next is Darrel Dixon, again from Studio Miniatures and another television show only figure.  Darrell is definitely a favorite of mine on the show, and just like with Herschel, when I saw him I absolutely had to get him into the shopping cart too. 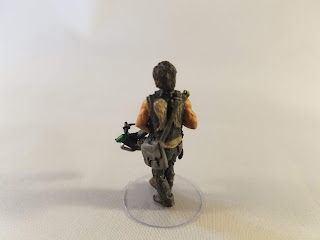 Darrell's vest has some fantastic detail on the back with the wings. Overall the details on the SM figures are just amazing. The only thing is, as you can see in the group photo, they are a bit smaller than the Mantic figures. For me though it's nothing that isn't going to prevent me from mixing them in with the Mantic line of figures. 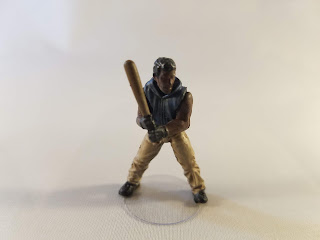 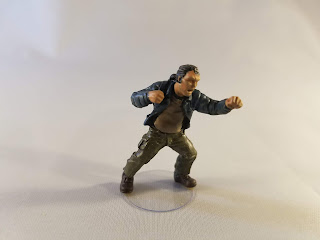 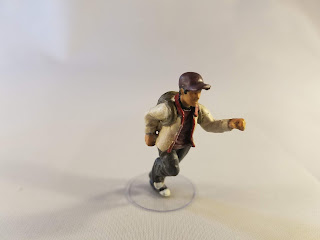 And last in this group is Glenn. 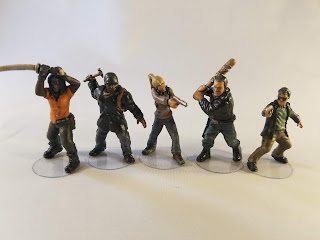 This next group of five has Michonne, Tyrese, Andrea, Negan, and Chris - all from Mantic Games. 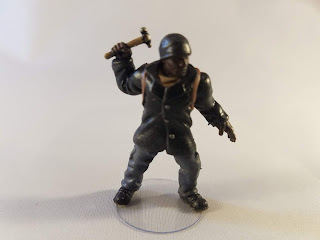 I know Tyrese is supposed to have been a former football player, but this particular sculpt has always bothered me - his shoulders just seem a bit too big, though in this particular angle he looks ok, the group photo not so much. 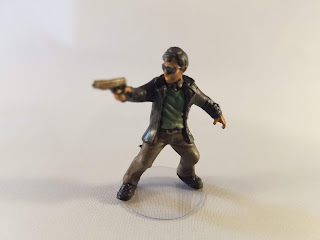 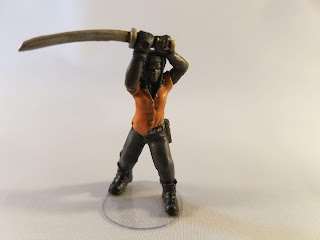 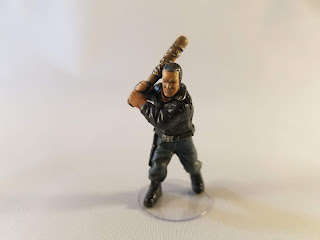 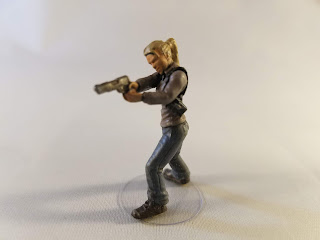 Until next time, when we'll close out this Zomtober with a boatload of walkers, thanks for looking!

Email ThisBlogThis!Share to TwitterShare to FacebookShare to Pinterest
Labels: The Walking Dead, Zomtober