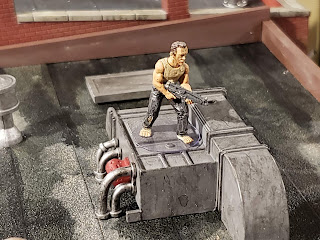 Life happens. And it really is a circle. We've all been there, or will be there at some point, so there isn't any need to go into great detail, but both my parents are pretty sick and we even had to have a three pound tumor removed from our dog over the holidays. Needless to say there has been zero motivation to get up to the studio and even less motivation to try to write about hobby stuff - and thus the reason for the lack of posts and even comments on the blogs I follow over the last few months. But I did have quite a few posts sitting in the queue in edit mode and desperately want to try to get those finished up and published. So here was what was supposed to be my Christmas post - a full month late 🙂


There has been an ongoing joke at the Evans household for years now where I will always pull out Die Hard when my wife asks to put a Christmas movie on. For some context my wife is all about Christmas (she's like a walking talking Hallmark Channel movie lol!) and me, not so much - I think a lot of that has to do with me coming from a divorced family at an early age. Needless to say this annoys her a bit, but to her credit she doesn't push me on it too much. 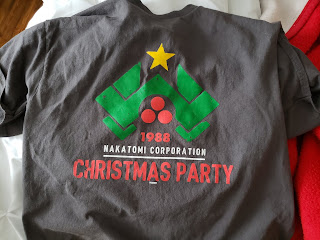 I even found this amazing shirt this year that spoofs the whole Die Hard Christmas thing even further. Now I have a Christmas shirt, ho ho ho 🎅 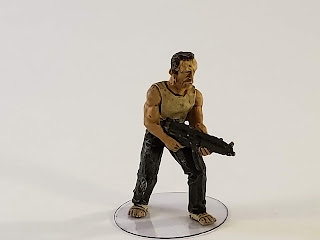 So let's get on to the figure. This is "Walt" from Studio Miniatures, but clearly it's John McClane from the first Die Hard movie. Another fantastic figure from a manufacturer who is easily becoming one of my favorites, right up there with Crooked Dice. I will say the SM figures do scale a bit smaller when compared side by side to other 28mm figures though, like CD. 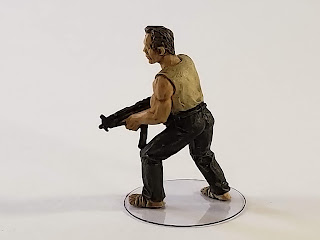 What's really great about the sculpt is the detail on the feet with the make shift bandages, great stuff! At first I almost felt the wash used was too dark, but with the bandages present that does mean he's already been through the air ducts and fell down the elevator shaft, thus getting much dirtier - that's my story anyway and I'm sticking with it lol! 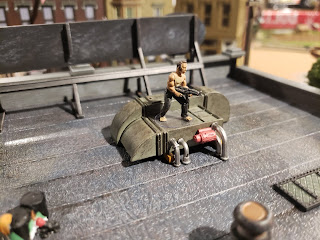 Is there a game where I can use this figure in the future? Not that I can think of right now, but Die Hard is an absolute favorite movie of mine, so when I first saw this figure I had to buy it. So even if this figure just sits in the case I'm glad he's in the collection and that I finally have him on a base.

Until next time (which hopefully won't be two months later), thanks for looking!