You Don't By Chance Have Six Fingers On Your Right Hand? 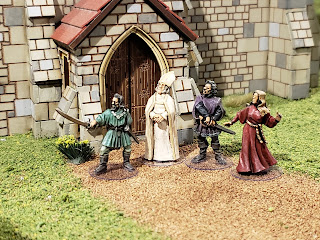 I had just completed my first four figures from The Princess Bride here, when I found out that Antediluvian Miniatures were releasing a second set of TPB figures. Needless to say I was super excited, though admittedly I would have rather seen Miracle Max or the Albino than the Clergyman - but who knows, fingers crossed (all six) that maybe Antediluvian have another 4 TPB figures slated for this year :) 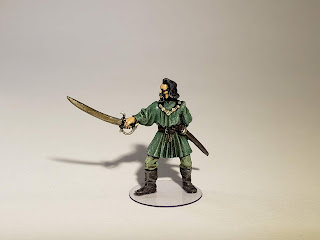 First up is the six fingered man himself, Count Rugen. 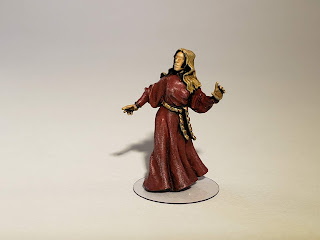 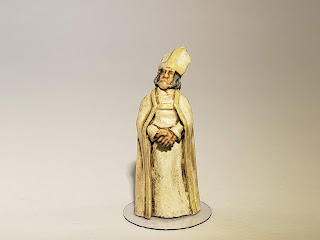 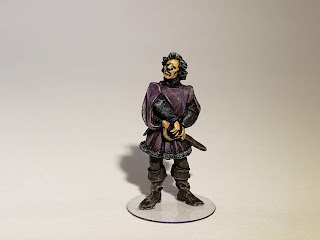 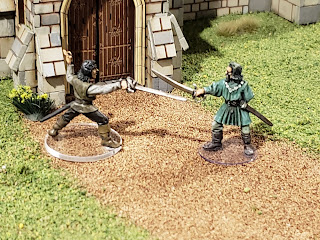 Here is Inigo Montoya on the old Likto bases that I used to exclusively use next to Rugen on my new thin clear base. 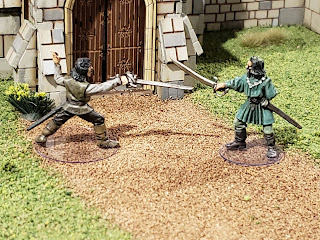 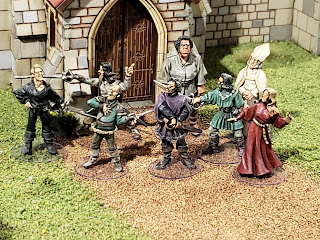 I swapped out the bases on the entire first group and I think you'll agree that these bases look way better than the Litko ones. The figures really just blend right into the environment. I've had a tutorial for these new bases in edit mode for months now, so hopefully I can get that one sorted soon and out for anyone interested.

And a quick thanks to new follower Vincent Penetier, appreciate you following the madness!

Until next time, thanks for looking!
Ivor
Posted by Ivor Evans at 7:18 AM