In my steroid filled rage from yesterday (I guess it would be smart to place a disclaimer here if you didn't see yesterday's post; I got poison ivy really bad last week and a doctors visit on Monday had steroids prescribed to help), I powered through my entire Liverpool squads kit logos and name/numbers on the backs of thier shirts. And honestly, I couldn't be happier! 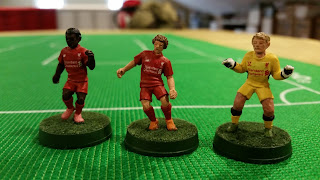 The biggest thing I was concerned with, which I mentioned in yesterday's post, was regarding players changing throughout the season and also sponsorship changes to start the season. I was playing around on the computer and printed out some kit logos on regular paper (after resizing them!) and just cut them out and glued them right onto the figures. If you look closely you can definitely see where the transition isn't clean, but I think this is the way I'm going to go moving forward. 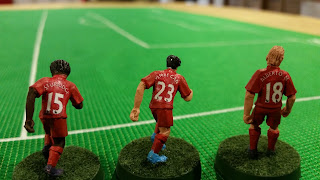 This way of creating the kits is going to be way more cost effective and also much easier to change when players move or when next season comes around and squads have major changes. 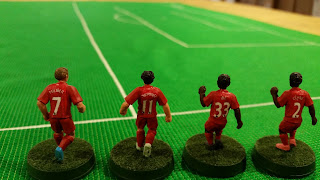 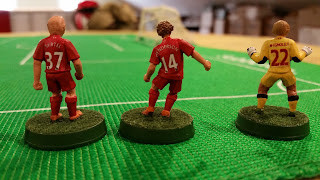 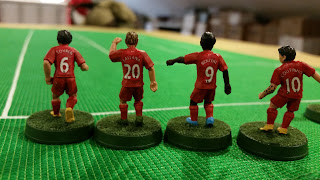 I'll call them 85% complete, as I'm on the fence regarding putting numbers on the shorts, which I absolutely know will look brilliant, and I was also kicking around the idea of maybe painting just a circle or square on the shoulders of the shirts to indicate the Premier League logo. Washes still need applied as well, but they can easily get on the pitch for a match right now, which ultimately was the immediate goal; pun intended! 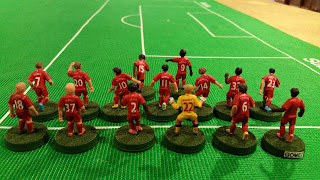 I'm currently working on Manchester City's kits, but with the Conneaut D-Day event starting tomorrow, I don't see much progress happening over the weekend. I've participated in this event for the past four years and it is absolutely one of the most incredible experiences I've ever had. Meeting and talking with the veterans is amazing and a true honor. Each year it just keeps getting bigger and better, and has certainly earned its mark as the biggest living history event in the United States. 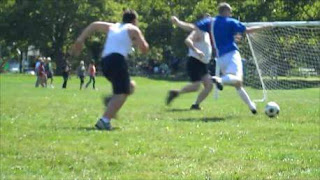 On Friday afternoon, the Allies and the Germans put on a football match where the uniforms closely match those from the film "Victory" or "Escape To Victory" for my overseas friends. It's an absolute blast, and certainly something I look forward to. Here's an in game photo of me right before I scored a goal last year. 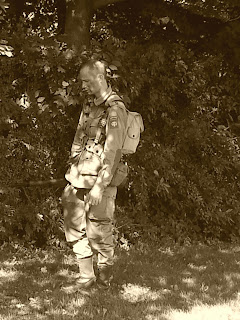 My impression of what my grandfather would have looked like on June 6th. 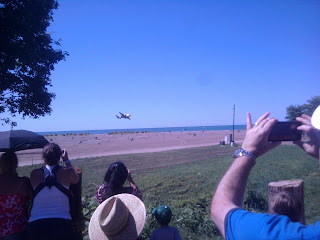 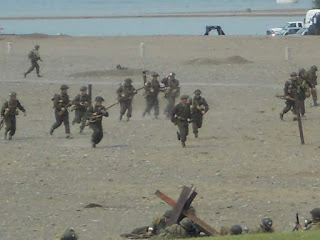 There are three major battles that occur over the two day event. There are two Airborne battles, one Friday late afternoon and then late Saturday morning. Those are the two battles I participate in. But the main battle is a recreation of the Normandy landings on Saturday afternoon, and it is hands down one of the most visually impressive things I've ever seen. These are just a couple of photos, and it certainly doesn't do it justice. They even have Higgins boats that drop the Allies off. It's truly jaw dropping! 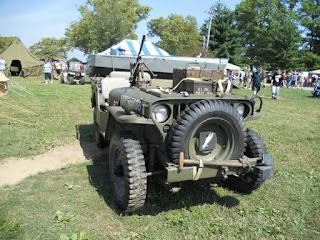 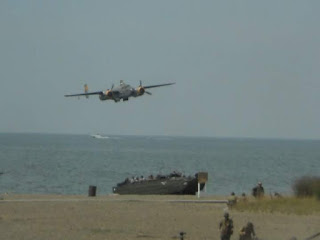 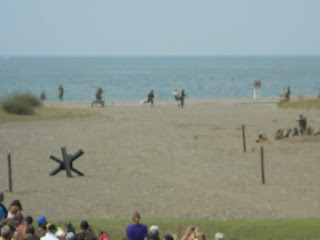 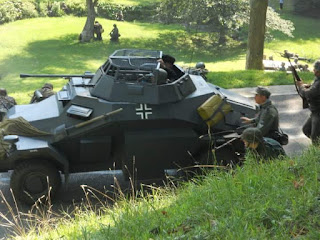 My grandfather was in the 82nd Airborne, 508th D. Co, 2nd Battalion, and he jumped on June 6th. Growing up I'd always heard that "grandpa jumped out of airplanes in WWII", but the reality of that was lost on a kid, and it wasn't until he passed away that I realized how absolutely incredible it was that he did that, and that he was a true hero. He never spoke about the war, and of course now I wish I had just one day to ask a million questions. He is the reason I started to participate in this event, to keep his memory, and all those that have gone before him, alive. This part could go on for a while, but I'll keep it short as it always becomes a bit emotional... 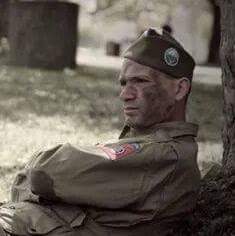 As always, thanks for looking!
Cheers!